Say Hello To The Rock Hall Of Fame’s Class Of 2019 – Did Your Favorite Make The Cut? 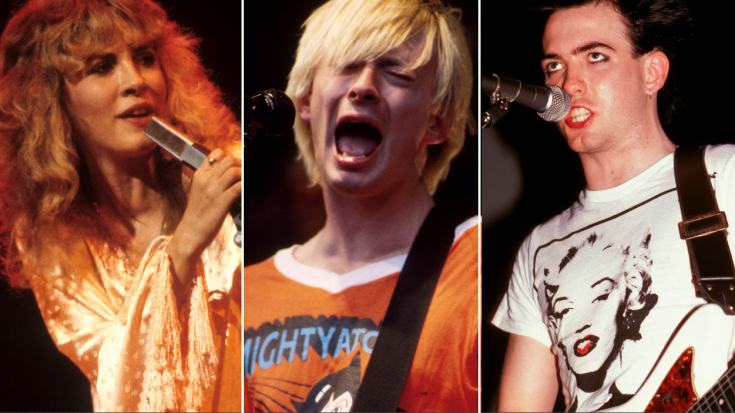 And This Year’s Inductees Are…

After weeks of voting, waiting, hoping, and pleading our cases for as to why certain artists should be inducted, the moment has arrived – the official Rock and Roll Hall of Fame Class of 2019 has been revealed.

In an induction ceremony slated for March 29, 2019 in New York City, fans will see Stevie Nicks, who made history today as the first ever female two-time inductee, Def Leppard, The Cure, The Zombies, and Roxy Music inducted into the Rock and Roll Hall of Fame, joined by Radiohead and Janet Jackson, an artist who is already causing quite a bit of controversy with her inclusion in the Hall.

Except Radiohead, who couldn’t be less impressed if they tried.

Whether you love the Rock and Roll Hall of Fame or think it’s a sham, the reactions of some of the artists to receive the honor are what make the entire experience, however flawed it may be, worth it. The statement from The Zombies’ Rod Argent alone is enough to make you thankful that finally – someone understands the blood, sweat, years, and tears these bands put into their music, and they understand it enough to make it known in the loudest way possible.

The Zombies are @rockhall inductees!

“This time to turn the corner and get inducted, feels fantastic … I’m just so delighted.” – Rod

"This is a career-defining [and] life-defining moment." – Colin pic.twitter.com/Rl50JlHbEh

“When I was a kid, Elvis [Presley] seemed like someone from another galaxy. American culture and American music of that sort seemed so far away from anything that I could aspire to at that moment. To think that all these years later, I’m on the same roster as Miles Davis, Ray Charles and all my heroes that have been inducted into the Rock and Roll Hall of Fame, it just feels like a complete honor.”

"We are delighted to accept this prestigious award on behalf of everyone who has been involved in the world of Roxy Music – musicians, engineers, producers, designers and numerous people behind the scenes… and of course our loyal fans." #RockHall2019 pic.twitter.com/QaQuc88mqR

I have a lot to say about this~ but I will save those words for later. For now I will just say, I have been in a band since 1968. To be recognized for my solo work makes me take a deep breath and smile. It's a glorious feeling. @rockhall pic.twitter.com/aNofFoG6eC

We did it u guys 💜 Thank U for all your love and support. #RockHall2019 pic.twitter.com/1APrRJdmTv

It’s official, we are 2019 @rockhall Inductees. THANK YOU to all of our fans & the Rock Hall committee! What a way to wrap up an incredible year. #RockHall2019 #DefLeppard pic.twitter.com/zLd1JRHv6U

The Cure have yet to issue any sort of statement or update their social media presence to reflect their happy news, but that’s not to say that they’re not over the moon about it – this is a big moment, a moment that many bands dream of and sadly, stop dreaming of when it looks like the dream may never happen for them. Now that it’s actually happened, it might just be a bit too overwhelming for the band who famously said that “Boys Don’t Cry”.

What a day it’s been for the rock world. Here’s to the incoming class of 2019 – all legends in their own right, all deserving of this tremendous honor that we know they’ll wear well, and wear proudly. We can’t wait to see you all onstage on March 29th, 2019!