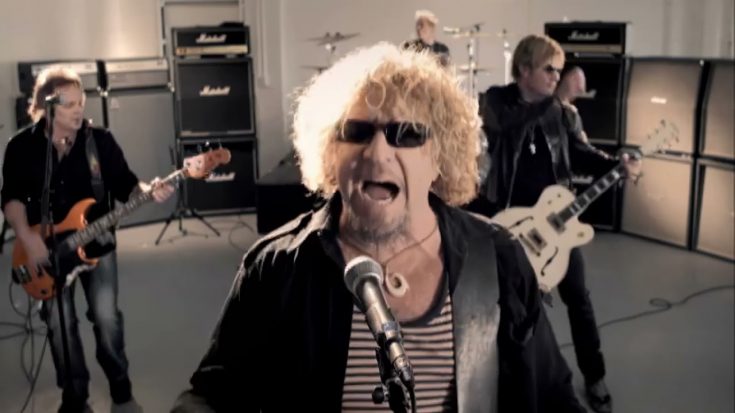 After the sudden 1998 dismissal of Van Halen, along with the dreadful Best of Both Worlds compilation in 2004, pretty much everyone who knew Sammy Hagar thought that his career will be gone to shreds. But he bounced back just fine, perhaps even better than what anyone could expect.

It was post-Van Halen that Sammy Hagar truly shined the most. The red rocker, now with phenomenal hits under his belt and a good reputation as a musician, didn’t start from scratch. In fact, one of the greatest perks he’s ever had to flex was how well he’d became acquainted with lots of musicians that could enable him to start fresh and anew. A mere proof of that solidarity can be seen from Hagar’s 2008 song, “Loud.”

With the Cult’s Billy Duffy on guitar and Matt Sorum on drums, along with fellow Van Halen member Michael Anthony on bass, it was a pure rock n’ roll bliss. It can both be a jam song and an anthem that gives people the right kick of that fun beach party thrown by the 4 coolest guys in town. And if anyone were asking if there’s anything typical MV element thrown together by the red rocker, it’s probably the hot chicks, cool cars, and the fact that the song is extremely LOUD!

You can watch and listen to the song below.