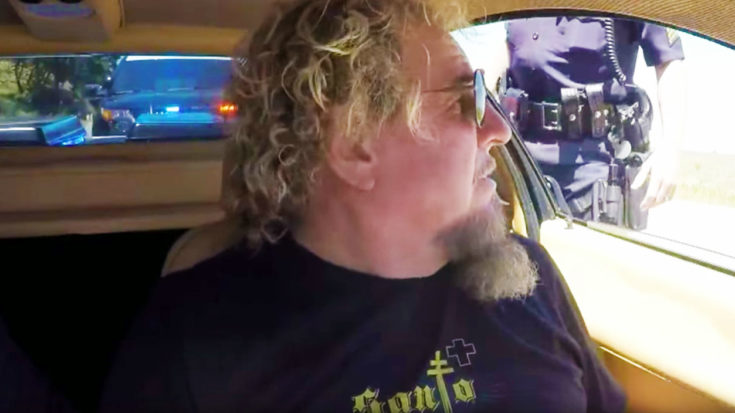 It’s no surprise that former Van Halen front man Sammy Hagar is a big car enthusiast. In fact, a car basically brought Sammy and Eddie Van Halen together, and led Sammy to joining the band.

While Sammy was on Jay Leno’s show ‘Jay Leno’s Garage’, he showed off his 1982 Ferrari 512BB. The car is the same one used in the “I Can’t Drive 55” music video, and Sammy was telling Jay stories about it on the show. Eventually, Jay was able to convince Sammy to take him for a ride in the car, and the two were driving the car through some windy, narrow roads at a high speed. After Sammy illegally passed a truck, he kicked it into high gear and was driving at a thrilling speed. As he turned a corner, a cop picked him off, and pulled him over!

The video shows the encounter with the cop, who was pretty mad that Sammy was speeding. It’s a pretty wild moment, but this sure as hell proves that Sammy can drive way faster than 55!

Check out the video down below, and let us know what you think!