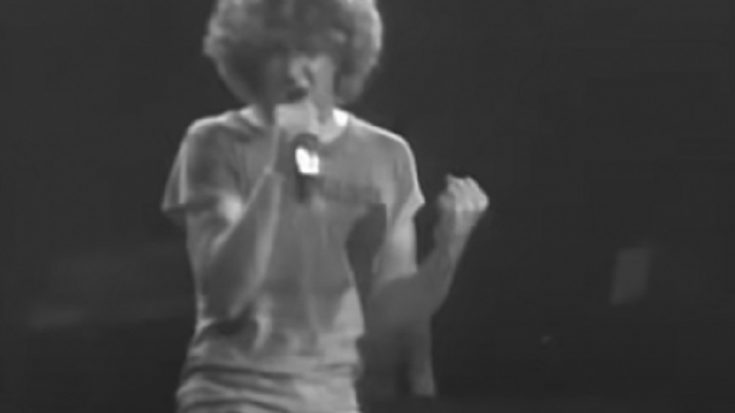 Before Van Halen, Sammy Hagar is already a rock star. Being the frontman of Montrose, he garnered a respectable amount of fame, as he awed a lot of people with his compelling presence and husky vocals.

In his Winterland concert in 1978, you would expect something magical in this “Rock Candy” performance!

First, he made sure to make the people in the audience scream, as he introduced his good friend Neil Schon on lead guitar. Then, he started to build the stage with the rising energy that everyone could feel, as he rams the song’s introduction with force.

“Rock Candy” is a Montrose Song, so there’s a certain element of The Cult and Def Leppard in some of its parts. Neil Schon gained the perfect momentum for the guitar licks, as he became a scene-stealer from the lively singer. On the 4-minute mark, Hagar introduced Schon’s guitar solo, as the guitarist went crazy over the nifty riffs that could surely make your head wiggle with so much pride.

Yes, Hagar was right, this is freaking rock and roll!