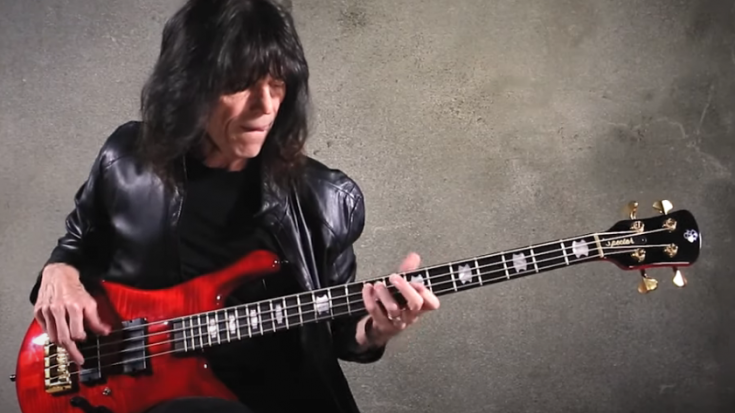 After 18 years since his reunion with Quiet Riot, legendary bassist Rudy Sarzo is finally back with a series of performances. Check out their November 6’s performance of “Metal Health” (Bang Your Head) below.

Back in August, Quiet Riot released an official statement telling fans about Sarzo’s involvement on the upcoming tour, as well as how he became a part of the original lineup in which the band released their breakthrough album Metal Health in 1983. Seems like all came to fruition, and Sarzo remains the only classic member of Quiet Riot’s current lineup.

The video is captured from their November 6 live show at the Groove Music Hall in Thornburg, Virginia, per Guitar World. The lineup present is Sarzo on bass, Jizzy Pearl on vocals, drummer Johnny Kelly, and guitarist Alex Grossi.

It isn’t the first time that the bassist came back to perform inside the group. In the midst of 1999-2001, Sarzo rejoined Quiet Riot on multiple occasions and also recorded albums with them. Aside from the band, he was also a bassist of Ozzy Osbourne, Dio, The Guess Who, Blue Öyster Cult, and Whitesnake.

“I’m excited to be back home and celebrate the Quiet Riot Legacy, which began 40 years ago next year with the recording of Metal Health, the first heavy metal album to reach No. 1 on the Billboard Top 200 albums chart,” Sarzo said in a statement last August.