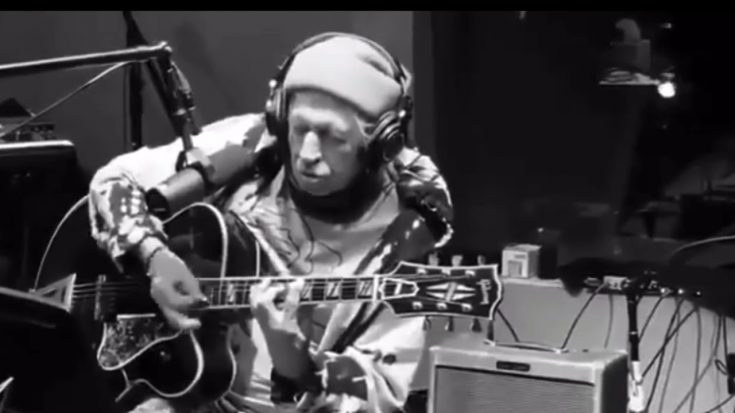 The other side of the Jagger-Richards coin from the Rolling Stones, Keith Richards is a master of his own craft. But just like any player of the guitar, he is still learning from time to time and is still in dire need of good practice before pounding an epic performance at night.

Inside this one intimate video of Keith, the master guitarist sits on his chair, eyes closed and feeling the acoustics of the guitar. It’s not unusual for performers to practice before the show, but Keef still exceeds anyone’s expectations of him. Currently, the 77-year-old musician is still busy touring with his fellow Rolling Stones members for their No Filter Tour, which officially began last September 7 and will likely end on November 23.

Alongside Richards is Steve Jordan, the drummer who replaced the late Charlie Watts. Jordan lightly plays the drums as it anchors the guitarist’s remarkable playing. You can watch the video below.