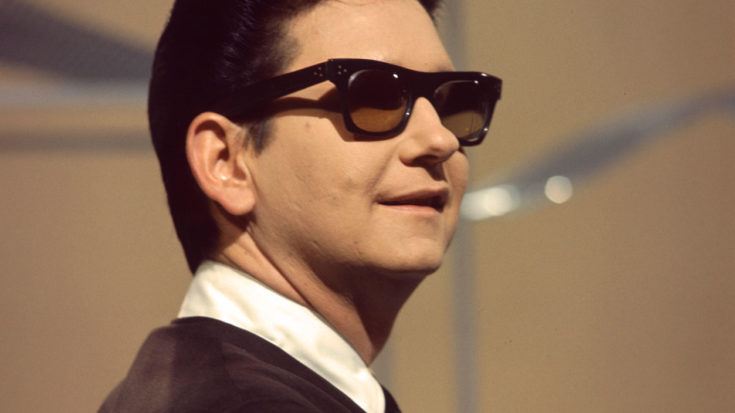 Nearly 30 years after his death at the age of 52, Roy Orbison’s sons are on a mission to clear up a few things about the late legend and the wonderful, though at times tragic, life he lived. Known as “Roy’s Boys,” Orbison’s sons Roy Jr., Wesley, and Alex recently published The Authorized Roy Orbison and tackled the often talked about but least understood parts of their father’s life, including the story behind how Roy accidentally created his own signature look with those ever iconic dark glasses.

As Roy Jr. tells it, the dark sunglasses were born during Orbison’s 1963 tour with The Beatles. Plagued by poor eyesight his entire life, Orbison “had left his regular glasses on a plane, right before the tour” but had a pair of dark glasses with him; as he wasn’t able to see without glasses, Roy decided to keep wearing the dark glasses purely to be able to navigate his life normally. By the time his plane landed in England that day in 1963, Roy Orbison’s signature look was born:

“He had the dark glasses with him and decided to keep wearing them. Dad wasn’t able to see without glasses,” explains Roy Orbison, Jr.

“When he got off the plane in England, people were taking pictures and that’s what they saw, Dad with the dark glasses.”

Imagine that – an entertainer whose air of mystery was carefully crafted with the help of his inky black hair and matching black suits wound up creating the most well remembered, recognizable part of his appearance by simply needing to see after leaving his glasses on a plane. Talk about a magical moment!