If You Haven’t Heard Their Cover Of This Creedence Clearwater Revival Classic, You’re Missing Out 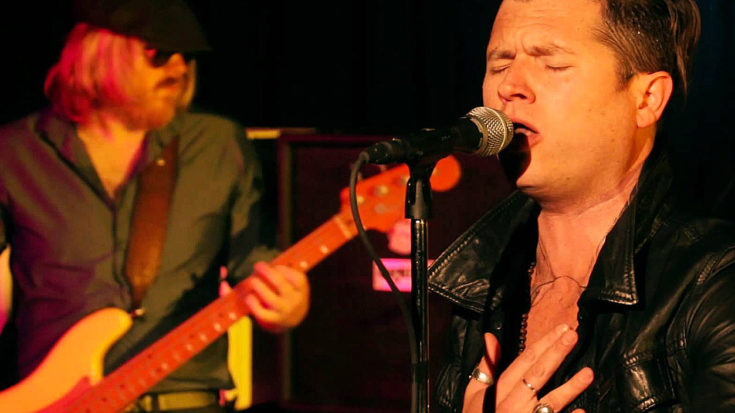 “Put A Candle In The Window…”

Long Beach rockers Rival Sons have been on our radar for a few months, now; tapped to open up for metal legends Black Sabbath as they embark on the final tour of their career, it’s pretty safe to say that Rival Sons are the real deal as far as slinging good old fashioned rock and roll goes. 2014 saw the band appear at a Record Store Day event in Notodden, Norway where at Juke Joint Studio, the four piece band consisting of singer Jay Buchanan, guitarist Scott Holiday, bassist David Beste and drummer Mike Miley delivered a short acoustic set that included an absolutely brilliant take on Creedence Clearwater Revival’s soul-infused 1970 classic “Long As I Can See The Light”.

Fun Fact: If it sounds like Jay Buchanan grew up singing in church, you’re not wrong; from a musical family, the Rival Sons singer was no stranger to singing in choirs as a child.

Equal parts rock and roll, Southern Baptist church on Sunday morning and a little Delta blues to give it some kick, Rival Sons’ take on “Long As I Can See The Light” rocked us right on down to our souls as singer Jay Buchanan delivers an absolutely stellar vocal performance that left us wondering just where the hell that voice came from, instantly taking us to church and giving us hope that maybe this next generation of rock and roll music isn’t completely lost, after all. Even if you’re not particularly a fan of Creedence Clearwater Revival or modern rock as a whole, give it a listen and as always, let us know what you think!