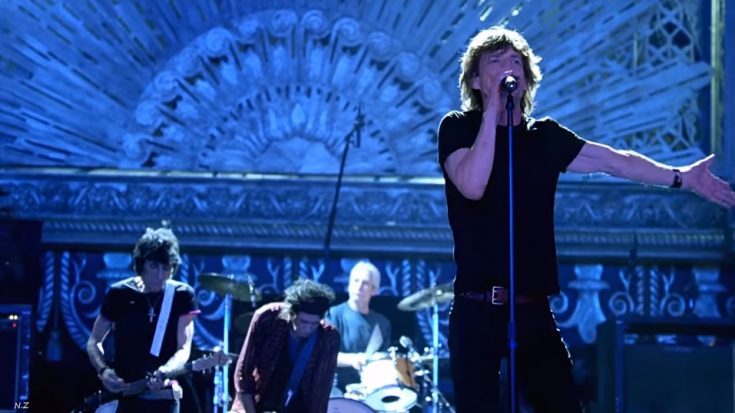 In light of Sir Mick Jagger’s news of recovery from his recent heart surgery, bandmate and friend Ronnie Wood has a new update on Jagger’s condition.

Ronnie Wood tells Hello in an interview of how he and fellow guitarist Kieth Richards are trying their best to cheer up their friend. “Sally and I went on a break to the Caribbean with Keith and (his wife) Patti and sent him videos of us playing and singing get well songs on the guitar. That cracked him up. We’re all so pleased that he’s doing well.”

A walk in the park !

Ever since The Rolling Stones postponed their No Filter tour that would cover North American schedules for nine weeks, Ronnie Wood has been reportedly seeking new ways to vent out his creative juices. Wood has been painting five Picasso-inspired masterpieces that pay homage to the legendary rockstars.

Wood shared the paintings with Jagger, and shared the recovering rockstar’s reaction. “He was amused and impressed! He is doing really well. I spoke to him yesterday and he’s feeling great.”

Weeks after his surgery, fans were elated when news of Jagger making his first public appearance since the valve replacement surgery took place. Jagger was spotted in the NYC Lincoln Center, at the premiere of the ballet Porte Rouge, which was choreographed by his girlfriend, Melanie Hamrick. The performance included classic Rolling Stones hits such as “Paint It Black” and “Sympathy for The Devil“. Fans are still waiting for the new schedules of the band’s shows for 2019.

The Rolling Stones have recently released a fresh compilation of their hits and classic, Honk. With multiple versions depending on the preference of the customer, they can choose from a single CD/2 LP edition with 20 tracks, and an extended special edition with 3 CDs/4 LP set with 46 tracks. The sets includes the bands greatest hits and quintessential classics of their studio albums from 1971 to 2016.

While waiting for more updates regarding The Rolling Stones’ new schedules, watch their live performance of “Love in Vain” below!