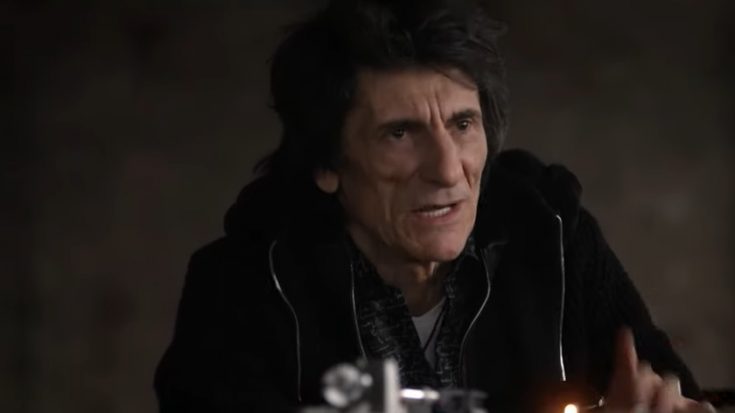 Somebody Up There Likes Me Trailer - Eagle Rock / Youtube

Ronnie Wood’s documentary, titled Somebody Up There Likes Me, is now set for release this fall via online digital and home formats.

The said film is directed by Mike Figgis and is touted as “the first in-depth film biography” of the esteemed guitarist, which traces his 50-year trek in the industry. Some landmarks of Wood’s career include The Birds, The Jeff Beck Group, the Faces, and The New Barbarians, all before becoming a strong foundation for The Rolling Stones.

Somebody Up There Likes Me also has the rocker speak up about his battle with substance abuse and takes its title from a certain conversation with Wood on how he survived his chronic smoking habit. “When they operated on my cancer, they took away my emphysema,” said Wood. “They said my lungs as if I’d never smoked. I thought: ‘How’s that for a Get Out of Jail Free card?’ Somebody up there likes me, and somebody down here likes me too.”

The documentary is an official selection at both the BFI London Film Festival 2019 and Tribeca Film Festival 2020, featuring unseen interviews from Wood’s Stones colleagues Mick Jagger, Keith Richards, and Charlie Watts; Rod Stewart also makes an appearance. Also, his wife Sally Wood, singer Imelda May, and Damien Hirst are among the other interviewees for the film.

Somebody Up There Likes Me will be released in North America via Virtual Cinema on September 19 and will be succeeded by a home release in DVD, Blu-Ray, digital, and deluxe hardback editions on October 9.