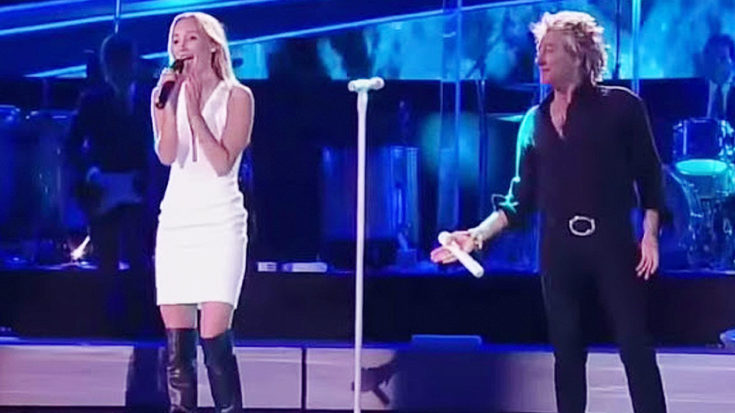 One rock star offspring that has made her dad proud is Rod Stewart’s daughter Ruby. Ruby is Rod’s 4th child, and has had a successful career in music and modeling. During one of Rod’s performances, she joined her dad on stage for an unforgettable duet. Ruby joined her father on stage for an unforgettable duet of Rod’s classic “Forever Young”. She showcases her phenomenal voice, showing that she made her father so proud!

Her voice sounds so similar to her father’s, so maybe she did take advantage of those free lessons. The crowd went absolutely insane, and loved that the two were able to share a sweet moment of sharing the stage together. Check out the special moment down below, and let us know what you think!