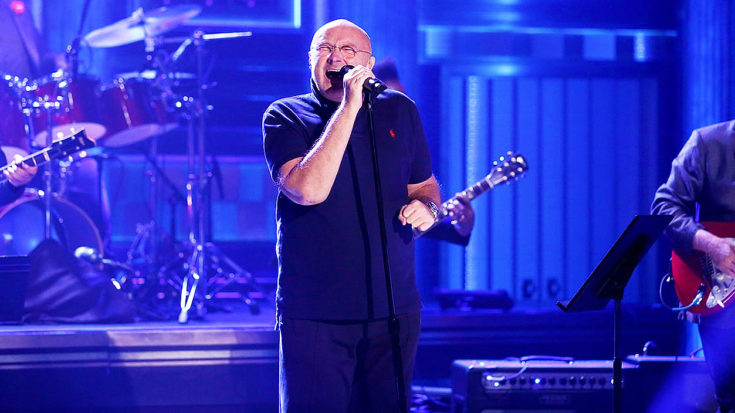 The Comeback Is Complete

Last year, Phil Collins announced a permanent hiatus, which gradually turned into his official retirement from music. So we thought. This year has been Collins’ comeback party. It started at the US Open of Tennis, where he performed on stage with his son, then he crashed his son’s school assembly and performed with the school’s band, and last night he made one of his first national TV appearances since his “retirement,” solidifying his comeback.

Collins stopped by The Tonight Show Starring Jimmy Fallon in promotion of his new memoir and singles compilation album! While he was there, he also collaborated with Fallon’s house band, The Roots, for an epic, jaw-dropping performance of his classic hit “In The Air Tonight.”

Since Collins has suffered permanent nerve damage (which was the reason behind his brief hiatus and retirement) he was unable to play the drums. But nonetheless, his voice still holds up like old times, and sounded incredible during this performance!

We’re extremely happy to see Phil back on stage, and we really hope he continues to perform and maybe eventually release a new album! Check out Phil’s awesome performance down below! We hope you enjoy it as much as we did!