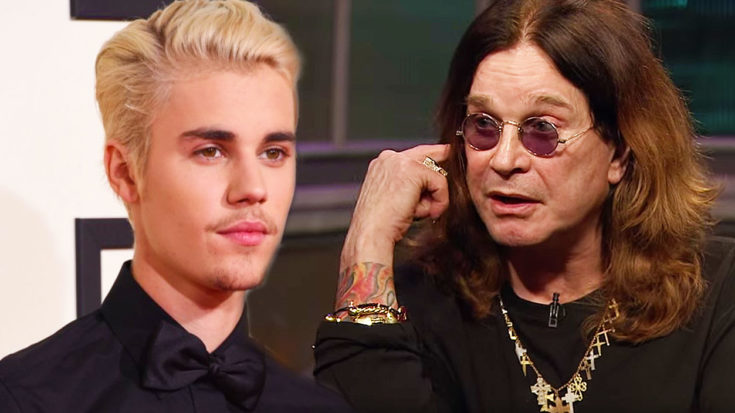 Ozzy Osbourne will always be one of the most legendary people to interview. He’s incredibly off the wall and you never know what he’s going to say. That’s what we love him for!

This interview here is one of Ozzy’s best! Blink 182’s Mark Hoppus used to host a show on Fuse called Hoppus On Music and Ozzy was a guest on one episode. The two sat down and talked about his upcoming album at the time called Scream. During the interview, Mark asked Ozzy what kind of current music he was listening to. Ozzy mumbled a few bands before Mark asked him if he ever listened to Justin Bieber. Ozzy looked at him with a disgusted look and replied with the best answer ever!

The whole audience immediately was dying with laughter even and Mark even praised him for not even listening to him. We’re pretty sure Ozzy knew who Bieber was and was more so just firing shots at Justin by acting like he was irrelevant. Check out the hilarious clip down below and let us know what you think!