All Girl AC/DC Cover Band Plays ‘T.N.T.,’ And It Would Make Angus Young Smile From Ear To Ear! 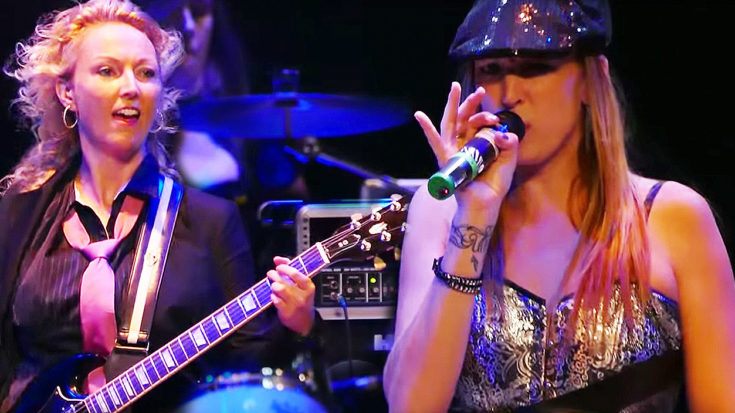 Australian rock band AC/DC are one of the most influential bands in the history of music. Their songs inspired a generation, and they stayed true to their style throughout their whole career, and hardly ever changed. Their music is always a go to for cover bands, and this cover of their hit “T.N.T.” is one of the best we’ve ever seen.

AC/DC cover band Shoot To Thrill is an all girl band that play shows across the United States. Recently the band was performing at the House of Blues in Myrtle Beach, South Carolina, and crushed this amazing cover of “T.N.T.,” as we mentioned before. Not only is the instrumentation on point, but the band also dresses up like the members of AC/DC with a feminine twist. These girls kick major ass, and we’re positive that if Bon Scott, Brian Johnson, Angus Young or any other AC/DC member saw this, it would bring a huge smile to their face.

Fun Fact: This was one of AC/DC’s first singles with Bon Scott on lead vocals. Originally a roadie, he took over lead vocals when their first singer, Dave Evans, didn’t show up for a gig.

Check out the unbelievable cover down below, and let us know what you think.