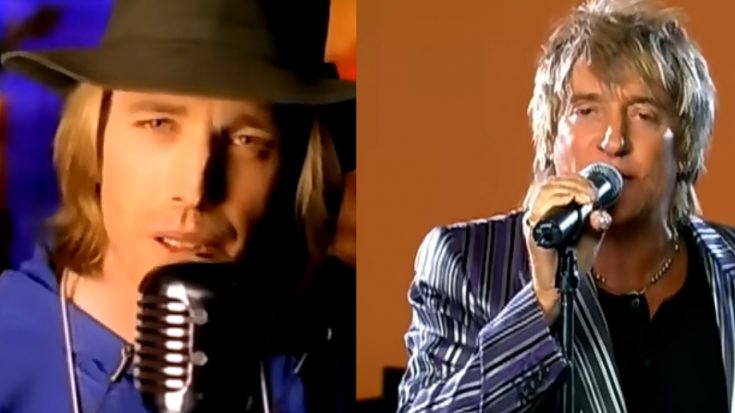 Rod Stewart might have covered Tom Petty’s “Leave Virginia Alone”, but it took a bit of coaxing for him to do it. The song reached the top 10 on the adult contemporary charts in 1995 as a result.

He later said that the cut “absolutely went by me; it took me two or three good listens. I had to be persuaded to do it, in other words. But now I’m glad I did.”

Petty wrote “Leave Virginia Alone” during the early ’90s sessions for Wildflowers before Stewart was tasked to revamp the song. Stewart said, “It was for Tom Petty’s album, and he took it off because it was too close lyrically to something that was a hit beforehand, and his managers couldn’t persuade him to put it on the album. So, his manager, who’s a friend of my manager said, ‘Would Rod listen to the song?'”

This was because Stewart wasn’t really a Petty fan. “Not really. I must admit, no, I’m not. I don’t mean that to sound disparaging. He’s a very good performer, though,” he shared in a 1995 Billboard interview. Also, there were other pressing matters for Stewart at the time – his new album, Spanner in The Works, had finished mastering and was ready for pressing. “Leave Virginia Alone” made it in time, however, becoming the lead single.

The song’s original recording by Petty will finally be released on October 16 as part of the Wildflowers & All the Rest, which was an expanded version that sought to reflect his initial plan to make the endeavor a double album. Also, a new music video for the song was released, directed by Mark Seliger and Adriana Petty. Wildflowers & All the Rest features ten songs from the original album sessions that didn’t make the final cut on its release, five of which were previously unheard.