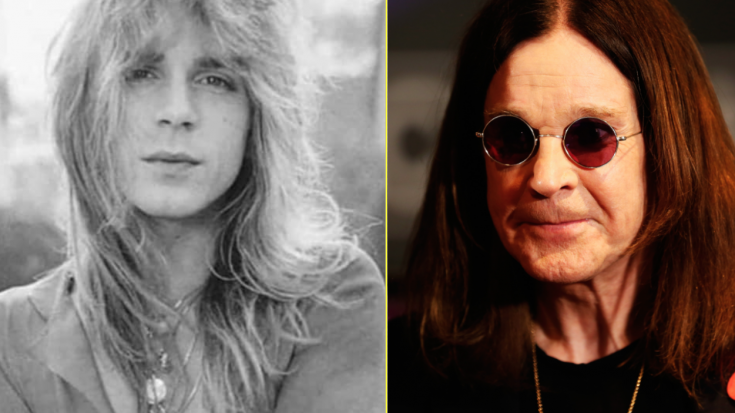 On March 19th, 1982 Ozzy Osbourne’s entire world crumbled as his guitarist Randy Rhoads was killed in a plane crash, along with seamstress Rachel Youngblood and pilot Andrew Aycock.

The 25-year-old had taken to the sky in a 1955 Beechcraft Bonanza that morning with Youngblood as Ozzy and the rest of the band slept on the tour bus, and despite his best effort to get bassist Rudy Sarzo to join him on the brief flight was unable to. During the flight, Aycock attempted to ‘buzz’ the tour bus; he managed to make two successful passes, but tragedy struck on the third pass when one of the plane’s wings clipped the top of the tour bus, sending the plane cartwheeling out of control before crashing into the garage of a nearby mansion and bursting into flames.

Now, more than 35 years later, Rudy Sarzo says that the day would have been even more tragic if not for what he believes was Randy’s quick thinking in his final moments.

Sarzo, 68, recently shared with Metal Radar that he is “a thousand percent convinced” that Randy, who was killed instantly that day, managed to turn the plane when he saw that it was going to crash into the tour bus that held his sleeping friends and bandmates.

“I am a thousand percent convinced that Randy saved everybody in Ozzy’s tour bus, keeping the plane from crashing into us,” Sarzo tells Metal Radar. “It clipped the bus, but it did not crash [directly] into the bus, and if that had happened, we would all have perished along with Randy and the others in the plane.”

This isn’t the first time he’s expressed this belief.

In a 2011 interview with NJ.com, Sarzo, who left the band shortly after the crash, discussed the grief that’s plagued him for decades as well as what he thinks saved his life that day and the lives of everyone on Ozzy’s tour bus.

“You’re grieving and you learn to live with the passing of your friend,” he said. “Somebody who I owe my career to, someone who saved our lives by turning the plane from actually completely crashing into the bus where we were sleeping, and just clipping the bus instead.”

If anyone is entitled to speak on Randy’s character and what he would have done with his final moments, it’s Sarzo. The pair’s friendship stretched back to their time in Quiet Riot, and when Ozzy was looking for a bass player following the departure of Bob Daisley, it was Randy who vouched for Rudy to Ozzy and Sharon.

Throw Back Thursday:A few of you have seen this photo taken during the 1980 Quiet Riot reunion that we did at the…

As he tells it, Ozzy was only 10 days away from hitting the road and in search of not just a world class musician, but someone he could trust – someone who would either keep him out of trouble or, at the very least, be a positive influence on him. Randy selflessly put himself on the line, telling Sharon “‘Listen, Rudy is the perfect guy because he’s not going to be a bad influence on Ozzy. He looks good, he’s reliable and he’s going to be somebody decent to hang with in the bus.’”

Sadly, Randy’s death resulted in Rudy returning to Quiet Riot, unable to bear the thought of playing onstage without his friend. But thanks to the sacrifice he believes his friend made that March morning, the world has been able to experience the joy that playing music brings to Rudy Sarzo, and that’s something we think Randy would be intensely proud of.