If you don’t know who this 79-year-old blues guitar goddess is, you are missing out! 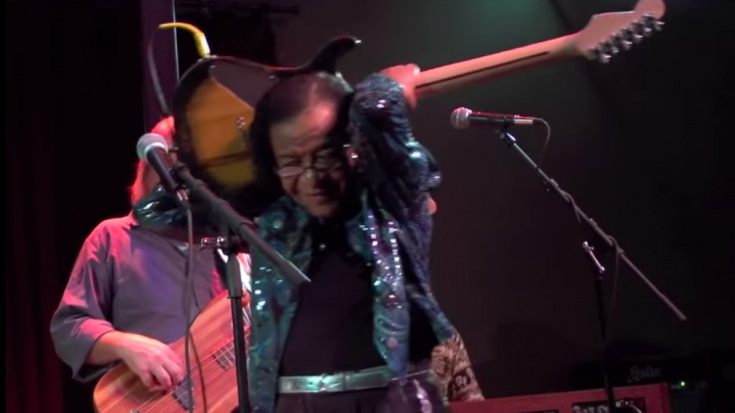 She’s played with all the blues greats from B.B. King to James Brown, and she ain’t stopping just yet. At 79 years old, Beverly “Guitar” Watkins hasn’t been rusty with her incredible guitar skills, famously shredding her guitar behind her back. Guitar World Magazine has hailed her as “Queen of the Blues Guitar” and rightfully so. The Atlanta-born blues guitarist and singer, Watkins received her first guitar at age eight and began touring with blues musician Piano Red in her early teens, right before she graduated high school.

Piano Red rebranded a group called Dr. Feel Good and The Interns and The Nurse following his 1960s hit “Dr.Feelgood”. The Nurse was Watkins and she played some badass blues guitar in a nurse uniform as part of the act. However, she did customize the look a bit.

“I was the nurse but I did not wear them shoes! I told them Nooo-uh, uh!”, Watkins said in an interview with Music Maker Relief Foundation.

She continued to play throughout the 60s and 70s in blues clubs and in Atlanta’s underground music scene. The compensation in that particular turf of the industry isn’t the best at all. Good thing Music Maker Relief Foundation rediscovered Watkins in the late 90s and helped her raise funds to be able to put out her own music. In 1999, with the foundation’s help, Watkins released her debut album “Back in Business” at 59 years old.

To this day, she still continues touring and rocks it out now aged 79 but her guitar shredding is just as badass as ever. In the video below posted by Stephanie Carl Greene on Feb. 16, 2019. Beverly “Guitar” Watkins performed at the Ladies Rock Camp 2019 in Atlanta, Georgia.