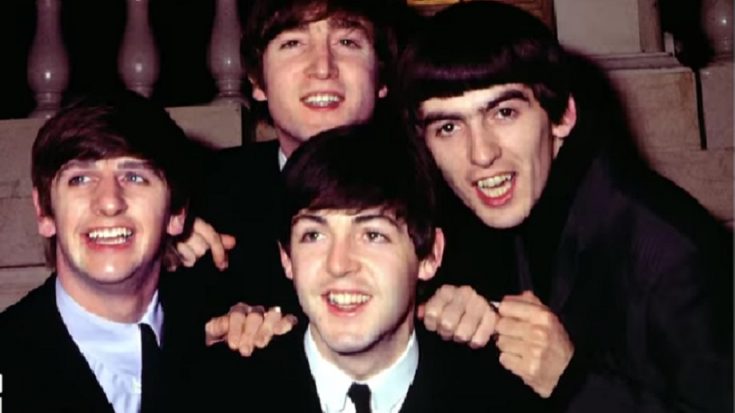 We could all consider rockstars as the epitome of lucky people, with fame and fortune on their hands. But for them, the definition of being “lucky” is sometimes different from one another, be it from Mick Jagger’s point of view or Tom Petty’s. With that in mind, let’s explore these 20 luckiest (or not) songs ever created by a handful of artists who have their own share of the fortune.

For Loverboy, “Only the lucky ones get to steal the show.” Just don’t ask us if they are what they mean by their own song.

“Lucky Man” was a special song for the prog-rock trio as it was the first song that Greg Lake wrote when he was a young boy. If you’re catching a different vibe from it, that’s partly due to Keith Emerson’s Moog solo – one of the few songs that had it then.

With Irish songwriter Paul Brady, Bonnie Raitt made sure that “luck” can either be a good or bad thing. Be vigilant on the fake luck you’re seeing in the movies.

Albeit the definition of “Hard Luck Woman” is rather unlucky, Paul Stanley did, however, found greater success on this country-ballad written originally for Rod Stewart. KISS’s Peter Criss sang the lyrics for this one.

With a history of bad blood with some other person, Neil Young sings that if his phone rings, it better not be that guy.

In a typical Beatles sense, Paul McCartney was inspired to write a song when he felt he was the luckiest man in the world walking with his then-girlfriend Jane Asher. John Lennon sang the lead here.

Bruce Springsteen’s “Lucky Town” has a fresh change of pace, following the existential take of the previous song. “I been a long-time walking on fortune’s cane / Tonight I’m sleepin’ lightly and feelin’ no pain,” the boss sings.

The high contrast between Hollywood and different cities made sense on this Thin Lizzy hit. Because “nobody understands when you’re down on your luck,” says Phil Lynott.

Why wouldn’t Mick Jagger write a song about something he’s lucky at? His first solo album “She’s the Boss” contained “Lucky in Love” and swore that he’s a natural-born winner with all the ladies he can find.

“Sister luck is screaming out somebody else’s name,” sings Chris Robinson implying that luck doesn’t find him suitable. The song turned out fine though and remained well-beloved by Crowe fans.

Seems like there are people who can live a life with luck always siding him. In this Todd Rundgren-penned song, the singer envies people who never seem to try hard in life.

How to say you’re on a streak of one-night stands without actually saying it? Head East call it “Getting’ Lucky,” and they sure were discreet about the affairs.

Gram Parsons had his own laugh when he wrote “Drug Store Truck Drivin’ Man” with Roger McGuinn to Nashville DJ Ralph Emery, who disrespected the band. The song calls Emery the head of the KKK and he’d be “lucky if he’s not in town.”

The Dutch rockers made gambling fun with “Lucky Number,” calling all bets except for the unlucky no. 13.

With brother-in-law Ringo Starr playing the drums, Joe Walsh counts his blessings with “Lucky That Way.”

This highlight from Dylan’s “Bringing It All Back Home,” he sings in full twang, how he carries luck in his “black tooth.” If that’s true or not, one could only ask.

“Lucky, I call you ‘cuz that’s the way you make me feel,” sings Kevin Cronin to his lover. It seems like the universe truly worked for REO Speedwagon for this one.

Tom Petty sings about being careful with all the words we say, for “good love” is hard to find.

Robert Palmer wasn’t contemplating on his luck when he gambled upon love. “I got so lucky when I placed my bet on you,” Palmer sings to his darling.

Written by McCartney as a parody on both Beach Boys’ “California Girls” and Chuck Berry’s “Back In the U.S.A.,” singing “you don’t know how lucky you are, boy” while imagining life in iron curtains.