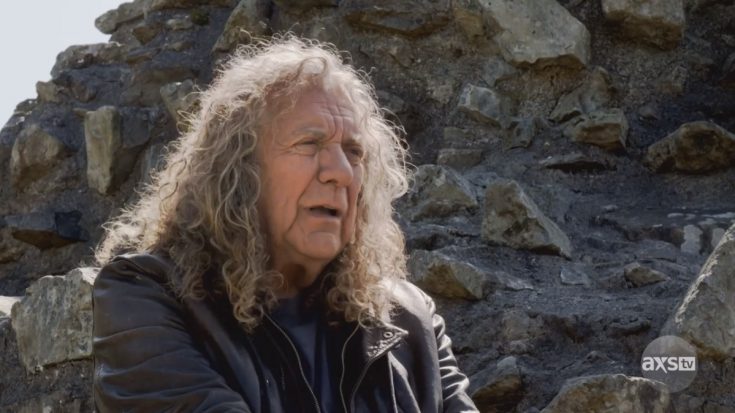 What would be the outcome of rock music, without the ever-magnificent talent of Robert Plant? Plant is easily considered to be one of rock’s greatest singers of all time, and the mere fact that this almost never happened might send shivers down your spine.

The archetypal blonde rocker recently dropped a revelation that could’ve changed the course of his life had he taken it. In an interview with Rolling Stone, the 73-year-old singer admitted to the existence of an unopened letter from his mother, which he only got the chance to read last year. Plant spent a lot of his time during pandemic organizing and looking through his archive. “I found a few names and addresses […] just fantastic revelations of people that I knew, friends, many of whom are still around,” the singer said.

Just a year before the emergence of his rock band Led Zeppelin, the young Robert Plant was training to be a chartered accountant but gave up weeks later to pursue college. At this point, Plant became interested in pursuing music, playing songs around the neighborhood with his different bands, until Jimmy Page recruited him to form the iconic band that we know today.

Speaking about the letter, the artist said: “I found a letter from my mom, which I hadn’t opened, from 1967, and I opened it in 2020, and it said, ‘Robert, you should come home now. Sue is waiting for you, and the accountant’s office are happy to take you back.’”

Plant shed a tear upon reading the note, for he’d assumed that if he had read it the moment his mother sent it to him, he “might’ve taken it up.” Adding to the statement, he said: “But how ironic that I never opened it – it was a letter from my mom.”

It’s funny how the world revolves around chances; had Robert Plant opened the letter without him knowing of his potential as a singer, the landscape of rock would be molded differently than what it is now.