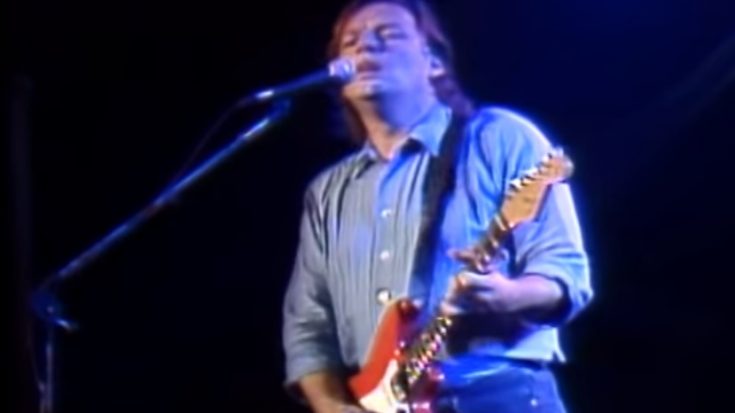 David Gilmour’s solo material really provides a perspective on the songwriting aspect of his creative process. His second solo release, 1984’s About Face, came around a time when his relations with Pink Floyd, specifically Roger Waters, who accused Gilmour of not contributing enough material. Waters had already booted Rick Wright from Pink Floyd before The Wall was released in 1979, and Gilmour was clearly next in line. This led to him carving out a solo career of his own as an act of defiance against Waters.

The record is co-produced by Bob Ezrin and provides a contrast between the thematic concepts of Waters’ Pink Floyd, with Gilmour sticking to solid numbers that were effective in delivering his no-nonsense musical style. About Face is filled with a unique spread of songs that are vastly different from one another, proof of his versatility and a subtle statement of what he could do outside of the confines of the band.

The second song on the album is “Murder”, which describes Gilmour’s feelings of anger towards John Lennon’s murder, who he saw as an inspiration and peer. It starts off slow and lax with the acoustic progression and some funk-filled fretless bass but intensifies as it runs its course where Gilmour dominates the stage with his guitar.

Watch David Gilmour perform “Murder” live in 1984 at the Capitol Theatre on the video below.