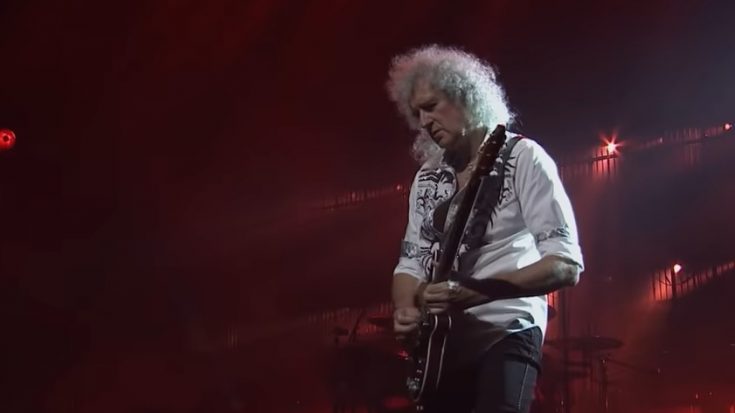 Queen and Adam Lambert are streaming a 2018 performance video for “The Show Must Go On”, ahead of its appearance on the October 2 release of the collaboration’s first album, Live Around the World.

The 1991 Innuendo cut was performed by the band on July 4, 2018, during the second part of their two-show stint at the London O2 Arena, one of the several locations around the world added on the package.

“When we couldn’t tour this year, we wanted to give the fans something in place of that, and a live album just felt right,” said Lambert. “It’s the first time we have released an album together, and we have had a lot of fun putting it together, picking out favorite performances over the past seven years.”

Live Around the World will be offered in multiple formats, which include CD, CD+DVD, CD+Blu-ray, and vinyl. The DVD and Blu-ray pack extra performance videos that include a drum battle between Roger Taylor and his son Rufus Taylor, and Brian May’s “Last Horizon” guitar solo.