The Story Of Ace Frehley Saving A Blues Brothers Show 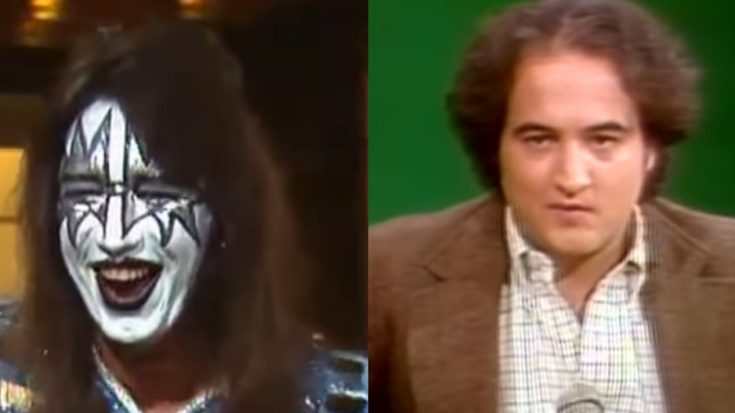 Ace Frehley of KISS was notorious for his excessive lifestyle, especially his dealings with substance abuse issues. But it may have had a positive effect, in a way, as it led to him meeting comedian and Blues Brothers mastermind John Belushi, eventually becoming a close friend of his.

Frehley details the encounter in his 2012 book, No Regrets, where they bonded at KISS drummer Peter Criss’ home. He also shared how he was able to help Belushi and a Blues Brothers show when the latter suffered from an anxiety attack.

Frehley recalls scoring some good stuff and sharing it with Criss’ house guests while cracking jokes at the same time. “John seemed to be laughing at all my jokes. I had been told for years that I was a funny guy, but to be making a professional comedian crack up felt even more rewarding,” he wrote.

He also said that “there’s a strange bonding process that happens sometimes between two people when alcohol and drugs are involved. That bond was cemented that evening between me and John, and remained that way until the end. We were both famous and we both loved music and comedy, and we also enjoyed getting fucked up.”

It eventually led to Frehley being a regular at Belushi’s private bar, which the comedian owned alongside Blues Brothers colleague Dan Aykroyd. The space was disguised as an abandoned building to avoid suspicion by fans. “Anyone driving or walking by on a Saturday night or Sunday morning might have thought it was a mob hangout, because the street would be filled with stretch limousines,” Frehley noted. “But in reality the bar was filled with the cast and guests of Saturday Night Live,” Frehley shared.

One summer of 1980, Frehley witnessed a display of Belushi’s personal demons. “John wasn’t quite the egomaniac he appeared to be onstage,” he wrote. Belushi was halfway through a Blues Brothers show at the Palladium in New York when suddenly barred anyone from entering the dressing room.

Ron Delsener asked Frehley to step in, saying, “John didn’t want to go back out to do the second half of the show, supposedly because his voice was shot. ‘What can I do?’ I asked. Ron said, ‘Can you try talking to him? I told him you were here.’”

Frehley had special access as he was the only one allowed to see Belushi, even bringing an attractive broad with him. He advised the Blues Brother member to drink some tea with honey, but he saw through the physical woes and determined it was his sadness and fatigue that made things hard for him to deal with performing again. He wrote, “‘I don’t think I can do it, Ace,’ he said. I chuckled. ‘Hey, nobody really gives a shit. Stop worrying. I can’t sing either. I just fake it most of the time, but I get out there anyway. Hell, Mick Jagger can’t sing. [Bob] Dylan can’t sing. They just kinda talk the words. … Remember, the show must go on, and you’re a professional.’ John smiled. ‘I guess.’”

After some beer and cocaine, Belushi felt better. “I told John to knock ‘em dead and I’d see him after the show. I left the dressing room smiling and informed Delsener that the show would begin shortly,” said Frehley.

He also recalls the regret of not meeting up with Belushi in 1982, wintertime. Belushi was in town for a brief period but Frehley was on a partying break and didn’t want it to be influenced by the former. They only bonded through a phone call, which was the last time they ever spoke, as Belushi died of an overdose shortly after.

“John Belushi was a great guy and a gifted performer,” Frehley said. “I feel very lucky to have known him. His death was a tragedy and was the catalyst for me to clean up my act for several months afterward. … He was unique. I miss him. I think everyone does.”