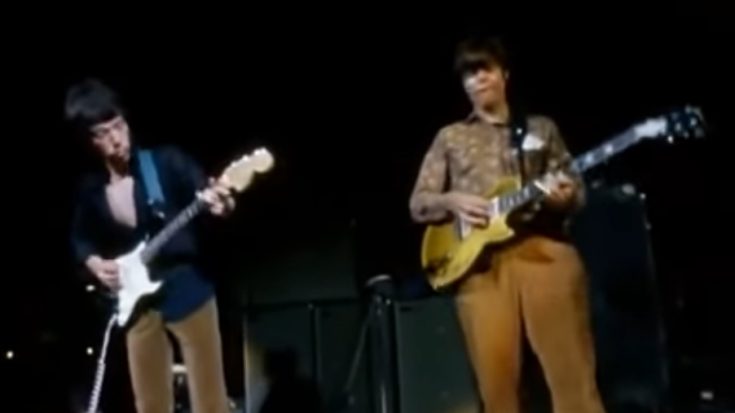 From Canned Heat’s 1968 album Boogie With Canned Heat comes the driving blues-boogie cut, “On The Road Again”. The song was a conglomeration of classic blues staples combined with influences from mid-60s psychedelic rock material. It also uses a fresh perspective from the band’s usual sound as instead of Bob Hite doing the lead vocals of the track, second guitarist and harmonica player Alan Wilson contribute’ a unique falsetto performance for this number.

The song comes from Chicago blues musician Floyd Jones, who remade his 1951 song “Dark Road”, which is based on Mississippi Delta bluesman Tommy Johnson’s 1928 track, “Big Road Blues”. Johnson’s verse lyrics were modified by Jones to fit the Delta narrative, with both songs sharing the same hypnotic one-chord droning, probably influenced by Jones’ time working with Howlin’ Wolf, which is evident on Wolf’s songs like “Crying at Daybreak” and “Smokestack Lightning”.

“On The Road Again” is one of the earliest songs recorded by Canned Heat as demos in April 1967 with original drummer Frank Cook. It is noticeably longer than the album version and features more harmonica parts and guitar solos.

While “On The Road Again” hit the charts on its edited release as a single in April of1968, becoming Canned Heat’s first record chart hits and one of their concert classics. Watch the band perform the number in the legendary Woodstock 1969 festival on the video below.