Relive The Time Rainbow Took Over With ‘Stone Cold’ In 1982 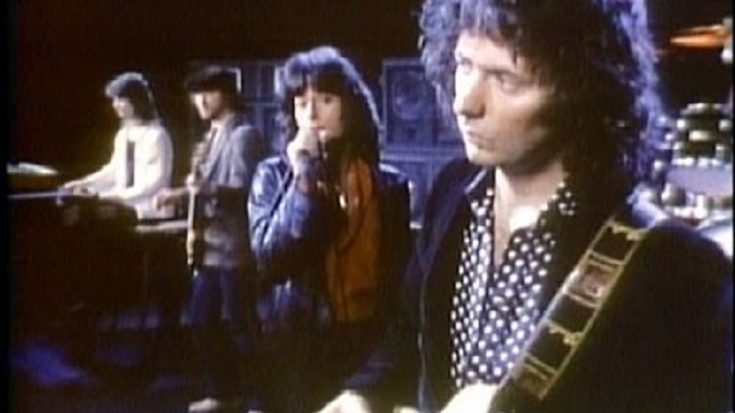 Revive the glorious days of the 80s with Rainbow’s “Stone Cold” released in 1982.

As Deep Purple continued on a major personnel change, replacing Roger Glover and Ian Gillan with Glenn Hughes and David Coverdale, the band also saw themselves changing in a newer direction. When Ritchie Blackmore’s attempt to include the song “Black Sheep of the Family” in the new Deep Purple album was rejected, he called in the help of Ronnie James Dio – and sparked such immense chemistry with the singer that Blackmore decided to leave DP to go create Rainbow, with the help of Dio’s then-band Elf to fulfill the other roles inside.

Inside the Dio-era Rainbow, the band was leaning more on classical music intertwined with hard metal; after Dio and with the start of the new decade, Rainbow found themselves on pop-rock-oriented albums thereafter. It’s the type of versatility that nobody expects from the group but isn’t so surprising to them.

In 1982, they released their 6th studio album Straight Between the Eyes, with the album title being allegedly said by Jeff Beck when he described legendary guitarist Jimi Hendrix to Blackmore. Among the album’s songs that immediately became a fan favorite is “Stone Cold,” which details a guy’s relationship as his lover left him out alone. The song’s reason for its popularity could be credited back to MTV, which significantly aired the band’s music video of the song during its release, especially with the US viewers. And what’s not to like with it? Mirrors, mannequins, and smoke? You name it.

Watch the music video below.