Get Lost With Genesis And Their 1976 Los Endos Performance 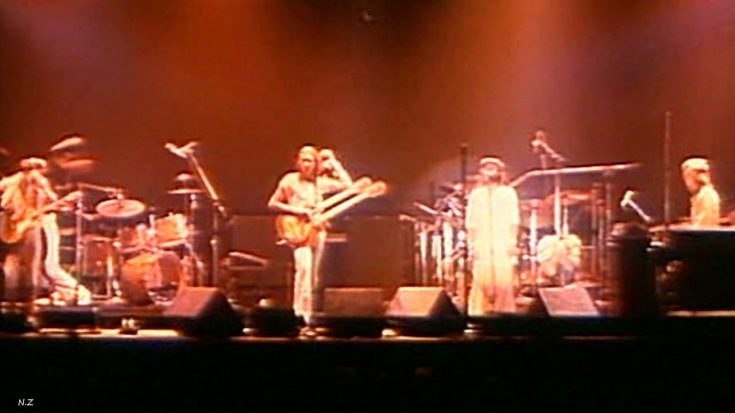 Following the departure of Genesis’ original frontman, Peter Gabriel, drummer Phil Collins filled in the duties of the lead singer – which turned out to be one of the greatest decisions ever made. Genesis’ 7th studio album A Trick of the Tail was the first album to feature Collins as the band’s official singer, and will eventually lead the band’s popularity to even greater heights than they could imagine.

Halfway through the band’s tour in support of their 1974 album The Lamb Lies Down on Broadway, Gabriel decided to pursue a solo career for himself, a piece of news that came as quite a shock for the Genesis members as this could disrupt the growing success of the band. But, as they accepted their own fate, it dawned on them that they have to work extra hard to keep thriving in the music business; as a result, the remaining members were more than keen to prove that they could still survive even without Gabriel. After countless auditions, a reluctant Collins sang the album’s song “Squonk,” but the performance was so good that it was unanimously decided that the drummer was the only one perfect for the role.

There were a lot of highlights from the album, including the closing song, “Los Endos,” Genesis’ few forays into jazz and rock fusion. The structure was a reflection of Collins’ time inside the instrumental band Project X and was credited to all the members of the group. Never forgetting Gabriel’s impact even after he left, the band decided to quote some lines from the band’s earlier song, “Supper’s Ready” that says: “There’s an angel standing in the sun…There’s an angel standing in the sun / free to get back home.”

“Los Endos” is a real fan favorite in concert. And with the video shown below, you would understand why.