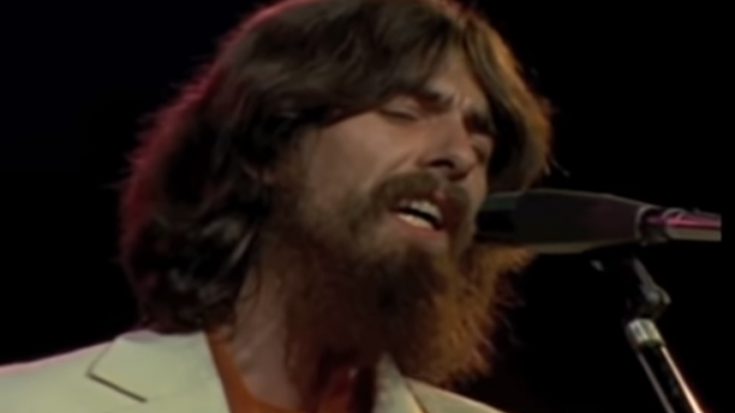 The Beatles’ lasting influence in the whole industry of music can be felt in any genre; with several artists who can attest to that. That is why, inside the jamming performance of the founding fathers of metal, Deep Purple, along with the Quiet Beatle, George Harrison, it felt like a puzzle piece that fitted perfectly.

When Harrison was on vacation in Australia and the Deep Purple happened to travel on tour on the land down under, the latter decided to grab the opportunity to perform with their hero. A call from the other line happened, and the good ol’ George agreed to the band’s proposal. Such an epic combination would’ve sent goosebumps to anyone who didn’t expect that as big as a performance like this would’ve happened.

One funny thing occured before Harrison came on the show’s stage. When the time has come to introduce the Beatle man, Deep Purple referenced him as “Arnold Grove from Liverpool.” Both laughter and disbelief vented out of the people, but the show’s only getting started then.

It seems as though the merging of the greats was worth the doubt, but when the performance began, everything was more than what one could hope for. Harrison jammed with the metal-rock pioneers as if he’s a metal-rock god himself. The epic number of Little Richards’ “Lucille” was so iconic, and there’s no doubt that it belongs to the list of rock’s greatest crossovers.

You can watch “Lucille” performed by Deep Purple with George Harrison below.