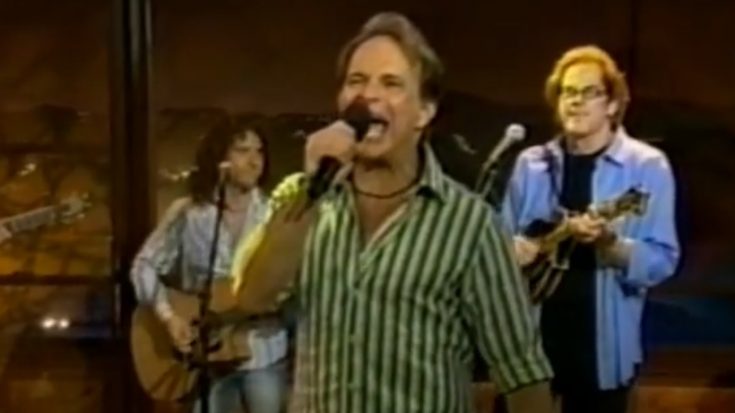 One of Van Halen’s most celebrated hits is “Jump” from the album 1984. Ironically enough, the song didn’t quite follow the hard-rocking template the band was recognized for, featuring era-influenced synths as the main proponent of its progression. The late Eddie Van Halen used Oberheim OB-Xa synth as the main lead instrument for the song given his classical musical training when he was younger.

David Lee Roth says the lyrics are about a TV news story in where a man tried to kill himself by jumping off a building, to which he responded to with “Might as well jump”, which later became part of the song’s recurring hook. Roth was vehemently disagreeing with EVH using keyboards on their material, and it wasn’t until the axman had a studio of his own that he recorded the song with the intended synth parts with the help of producer Ted Templeman.

The song’s music video was a low budget one but became extremely successful and popular at the time of the album’s release. It was all about the band fooling around, with loads of various stage moves being pulled off to add content. Roth had other plans, however. He shot a video of himself in acts of hedonism like riding a motorcycle and getting arrested wearing nothing but a towel on him. He wanted this to be edited into the music video, to which Robert Lombard didn’t oblige to in secret. As a result, he was fired two days later by the band’s manager for not consulting Roth about the decision. Lombard also took note of the rising tensions between the members, saying in his book I Want My MTV: “I didn’t shoot them together until the end of the day. I was trying to keep the peace, because I felt tension amongst them. David thought he was bigger than the rest of them.”

With that being said, watch Diamond Dave as he attempted to make a bluegrass version of the Van Halen hit, “Jump”, back in 2006.