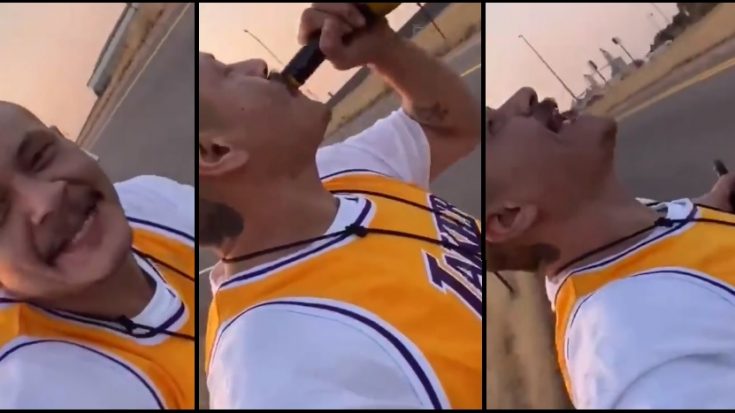 Nathan Apodaca and his new viral TikTok, this time with Queen's "We Are The Champions" - FollowThroughLA / Twitter

The viral TikToker whose skateboarding video took Fleetwood Mac’s “Dreams” into public attention has once again made waves on the Internet. Nathan Apodaca, the 37-year-old potato warehouse worker, singlehandedly boosted sales and streaming figures for the band’s 1977 hit, and it isn’t hard to see why. The simplicity and contentment of Apodaca’s video were complemented by the calmness of Stevie Nicks’ voice that accompanied him as he slid down the highway on his board.

This time, he’s back on his board with a new classic rock hit on hand – Queen’s 1977 anthem, “We Are The Champions”. It was in celebration of the Los Angeles Lakers’ victory as NBA champions, besting Miami Heat in an intense 106-93 conclusion on Game 6. This is the 17th title for the franchise, where they tied up with Boston Celtics for the most all-time in NBA history. Moreover, this is the team’s first appearance since 2010, where the late Kobe Bryant snagged his fifth and last NBA title. Bryant passed away in a helicopter crash earlier this year, along with his daughter Gianna and seven other people.

The championship is LeBron James’ fourth among ten NBA finals, as he already won two titles with Miami Heat in 2012 and 2013, and Cleveland Cavaliers in 2016. James was crowned as the all-time leader in playoff games played, running at 260. He was also hailed MVP, his fourth time in his NBA career.

Apodaca wore a Lakers jersey while cruising down the highway on his trusty skateboard, with a bottle of Butter Chardonnay in hand. Queen’s “We Are The Champions” was used as the background music for the said video, which has garnered over a million views in the hours it has been posted.

“We Are The Champions” is a cut off Queen’s 1977 album, News of The World. It garnered massive worldwide acclaim when it hit the second spot on the UK charts and number four on the Billboard Hot 100. It was also inducted into the Grammy Hall of Fame and is considered to be the catchiest song in the history of popular music by a 2011 scientific study. 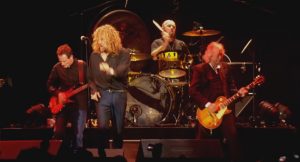