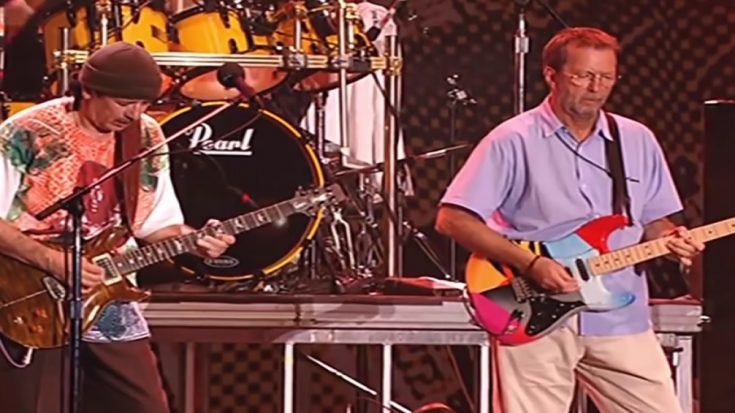 Back in 2004, the first known “Crossroads Guitar Festival” by the legendary guitarist Eric Clapton made possible inside Dallas, Texas, where all the proceeds would serve as the sole fund for Crossroads Center— a drug treatment center located in Antigua that was established by the CEO of The Priory Hospitals Group Richard Conte and Clapton.

The festival was the home of some of the iconic performances of Clapton and his fellow invited artists for the event. On a side note, one of the best highlights in this matter was with Clapton and Carlos Santana, two valuable artists with pure talent and determination to bring the best show that there is in front of 92,000 people present.

An awestruck performance of Santana’s “Jin Go Lo Ba” happened together with his own band. The two guitar heroes, Clapton and Santana, gave the fans what they want and jammed over an extended version to the song for almost 8 minutes. The performance was jam-packed with playful solos, Latin essentials, guitar clashing, and perfect harmonization of voices. It’s hard to define who’s greater at handling the riffs, but you can never compare apples to oranges, so there you go.