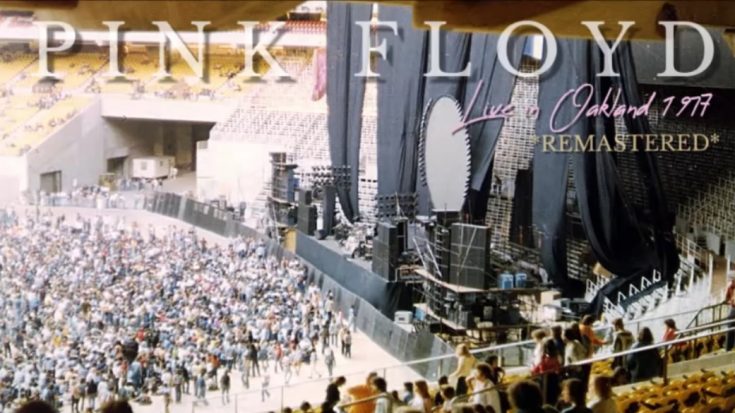 Pink Floyd’s strong influence on music birthed some of the very best songs up to date. They became the faces of progressive rock with their overtly use of dire topics like politics, war, and existentialist philosophy. Their studio albums have long been known as one of the greatest among others and would remain a hallmark in the annals of the rock genre. Truly, a masterful touch of the artistic collaboration of the members, but they were so much more than the sessions at the studio.

The group’s 1977 tour called “In The Flesh” was a way to promote their newest album, Animals. Albeit not the best album from the group to be compared with their Dark Side of The Moon and Wish You Were Here material, it nevertheless sold-out concert arenas both in Europe and in North America. For the latter one, in particular, their Oakland Coliseum Area would turn out to be the best concert that Pink Floyd did throughout their entire careers. This was the basis for their live LP entitled, Live In Oakland 1977.

The concert was structured to contain all the material from their Animals album in different sequences, as well as Wish You Were Here in the exact running order. It was a rare moment for the group to perform these two albums altogether. It mainly focused on Pink Floyd’s skills in performing live, with no backing vocals to support as of the moment. Aside from the band enjoying their whole live performance, you can definitely notice the artistic peak that they’ve reached this point— leaving Pink Floyd’s legacy to remain for many years to come.