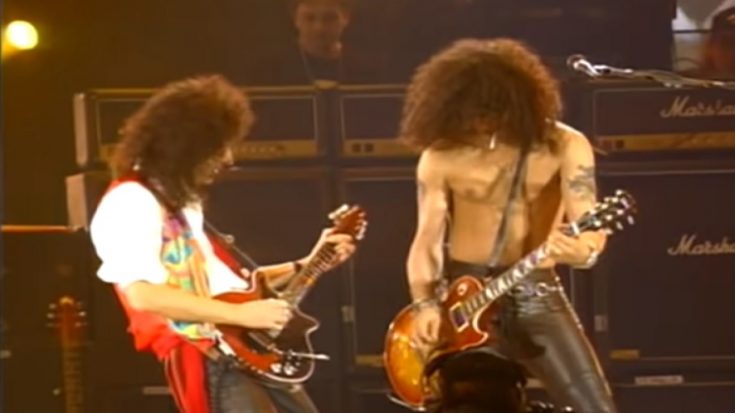 The Freddie Mercury Tribute Concert may shed you a tear or two for the loss of Freddie Mercury, but Queen with Joe Elliott and Slash is here to rock your worries away!

The remaining members of Queen were joined on stage by these two rockers for some epic performance of this Brian May-penned song “Tie Your Mother Down” at the Wembley Stadium in London back in 1992. The act was sidelined with explosives on stage, a typical move for every show done with this concert staple.

Elliott’s husky voice and energetic persona heavily complemented the insane instrumentation provided by the legends. Slash’s guitar prowess matched May’s ability to make things better. John Deacon’s bass was on-point, and Roger Taylor’s perfect beat of the drums was the glue that stuck the whole performance together. It’s definitely one of the greatest acts of the one night that these artists paid tribute to the greatest showman.