Relive The Musical Journey Of Ginger Baker And Fela Kuti 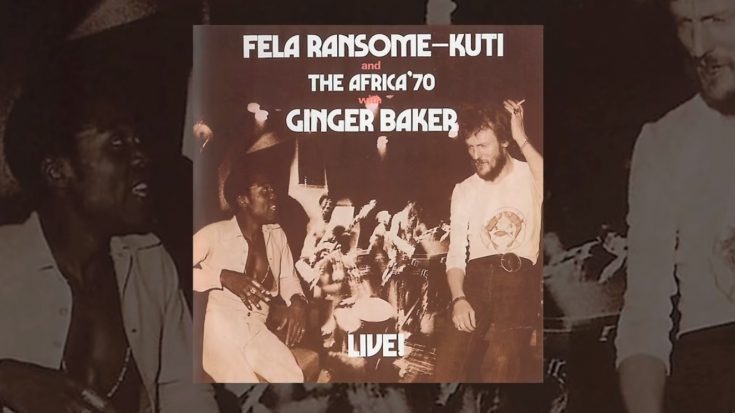 Who would’ve thought that the iconic Cream drummer and a Nigerian contemporary icon would jive together?

All of this started when Cream and Blind Faith broke up, and Ginger Baker decided to go far down south to Ghana, Africa, where the emerging Afro genre piqued his interest. This prompted him to meet up with an acquaintance from ten years back, Fela Kuti, who was at the forefront of this blossoming musical style. Though their initial encounter was brief as Baker traveled to other countries, his love for the genre brought him back to Africa months later by way of his Land Rover. This was documented by filmmaker Tony Palmer, with the tandem going through less traveled roads and encountering border security often.

Baker finally caught up with Kuti and jammed with his band of Nigerian musicians. Baker was so beholden with the music that he offered to fly the whole ensemble back to London and record at the legendary Abbey Road Studios. Click on the video below for the full rundown between these two explosive musical spirits!