Relive The First-Ever Live Performance Of Bohemian Rhapsody In Liverpool, 1975 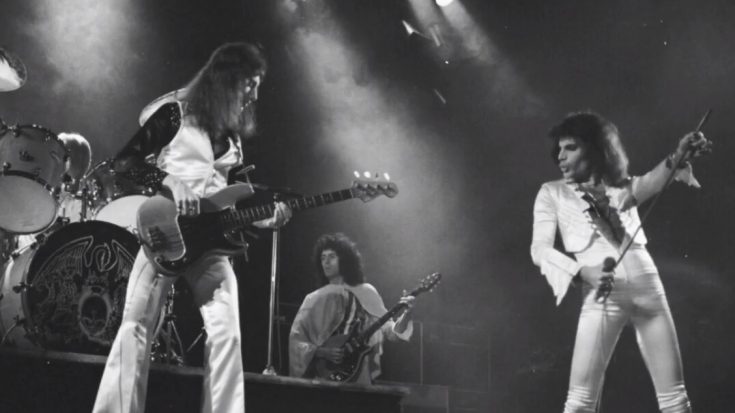 Queen on their Night at The Opera tour - chaseharlann / Youtube

By now, there’s probably not a single soul who hasn’t heard of, or is familiar with Queen’s “Bohemian Rhapsody”. The rock epic stretches into an indulgent, six-minute voyage of distinct sections that vary quite significantly from each other, but has the band stitching them in a seamless pattern. The track shows off the band’s aptitude to adapt to a wide range of musical styles, including ballads, operas, and their very own rock and roll.

Freddie Mercury also impresses first-time listeners with his amazing vocal range and techniques, from his fragile and delicate falsettos, to the rock raspiness of his belters. Furthermore, the whole band contributed to the song’s vocal harmonies, showing their ability to keep up and back Mercury’s intense (and reserved) techniques with ease.

“Bohemian Rhapsody” was first let loose on the live stage during Queen’s Liverpool Empire Theatre concert on November 14th, 1975, which was the first show on the Night At The Opera Tour. Listen to the interesting arrangement of this first-ever rendition from the legendary band by clicking on the video below.