Relive The Beatles Song That John Lennon Thought ‘Wrote Itself’ 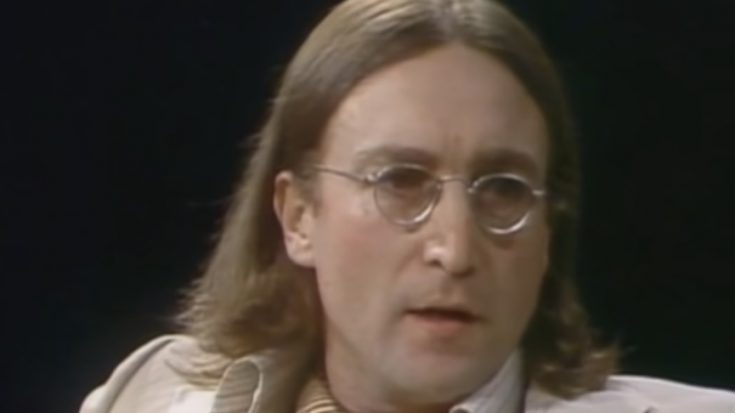 John Lennon’s journey as a songwriter is an amazing one, considering the fact that he started out as a pop song icon but ended up writing far more personal and poignant lyrics. This was also a way for him to shake off the public eye that was so fixated on his private life – by simply writing about his personal life, these nosy onlookers would slowly detach themselves from Lennon’s affairs.

More than that, Lennon was able to articulate his feelings better in the form of songs, to the point where they wrote themselves when the chance presented to. “Across The Universe” from 1970’s Let It Be would be a perfect example of this, as he claims that the song just came to be on the spot.

He admitted that he didn’t contribute that much to the song despite being its writer. He explained to Playboy’s David Sheff in 1980, saying, “I was a bit more artsy-fartsy there. I was lying next to my first wife in bed, (the song was originally written in 1967) you know, and I was irritated. She must have been going on and on about something and she’d gone to sleep. I kept hearing these words over and over, flowing like an endless stream.”

He continued: “I went downstairs and it turned into a sort of cosmic song rather than an irritated song—rather than ‘Why are you always mouthing off at me?’ or whatever, right?… and I’ve sat down and looked at it and said, ‘Can I write another one with this meter?’ It’s so interesting. ‘Words are flowing out like endless rain into a paper cup/ They slither while the pass, they slip away across the universe.’ Such an extraordinary meter and I can never repeat it!”

Lennon concluded with: “It’s not a matter of craftsmanship—it wrote itself. It drove me out of bed. I didn’t want to write it… and I couldn’t get to sleep until I put it on paper… It’s like being possessed—like a psychic or a medium. The thing has to go down. It won’t let you sleep, so you have to get up, make it into something, and then you’re allowed to sleep.”

He wasn’t alone in this, however, as Paul McCartney has also professed to write better songs in a dreamlike state. “That’s always in the middle of the night when you’re half-awake or tired and your critical facilities are switched off,” he said.