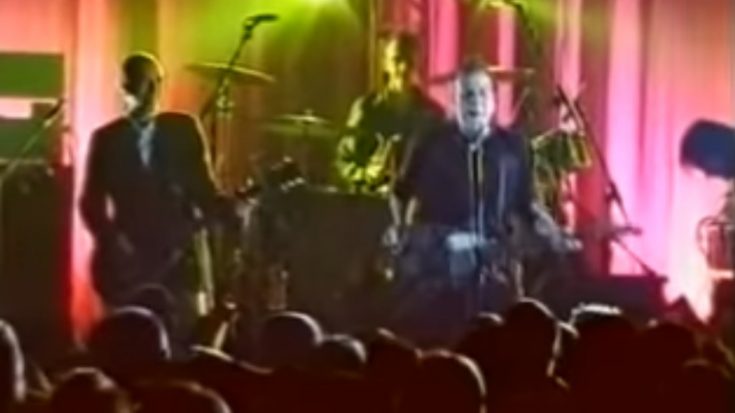 Joe Strummer and Mick Jones of The Clash - publicpistols / Youtube

Before Joe Strummer’s untimely passing in 2002, he was looking to put the Clash back together, especially with the band’s induction to the Rock and Roll Hall of Fame drawing near. Strummer decided it was time for the band to take the spotlight once again and reclaim their lost glory.

Strummer’s plan started with reaching out to another major Clash creative, the iconic guitarist Mick Jones. The two wrote hits together, so it was just natural for him to go to his former partner to get the band back on its feet again.

Just seven days after the Rock Hall induction, the two got together to make initial plans, also eyeing the pot of gold at the end of the proverbial rainbow. Strummer invited Jones to play with his own band, the Mescaleros, to test if they still had what it took to get The Clash a potentially big payday and a shot at resurgence.

While they only played a three-song set, the audience was treated to what the Clash would have to offer in the near future, the two dishing out classics like ‘Bankrobber’, ‘White Riot’ and ‘London’s Burning’.

Banking on this momentum, Strummer acted fast and contacted drummer Topper Headon, who obliged. Paul Simonon was a problem, on the other hand. In an interview with Rolling Stone in 2008, Simonon said: “I was the one who always said no. In this instance, I really didn’t believe it was the right moment. A big corporate event like that, two grand a seat. Nah, that wasn’t in the spirit of The Clash, was it?”

Strummer was adamant, however, taking no for an answer and continued to bug Simonon into rejoining the band. When it was apparent that Simonon wouldn’t budge, Strummer sought a replacement on the bass somewhere else. This wouldn’t be possible, however, as tragedy struck the singer.

On December 21, 2002, Strummer left his final message to Simonon saying: “Come on, Paul. Give it a try. You might even like it.” The next day, Strummer died due to an undiagnosed congenital heart defect, breaking the hearts of punks around the world.

Relive the last time Strummer joined a fellow Clash member in the form of Jones on this performance.