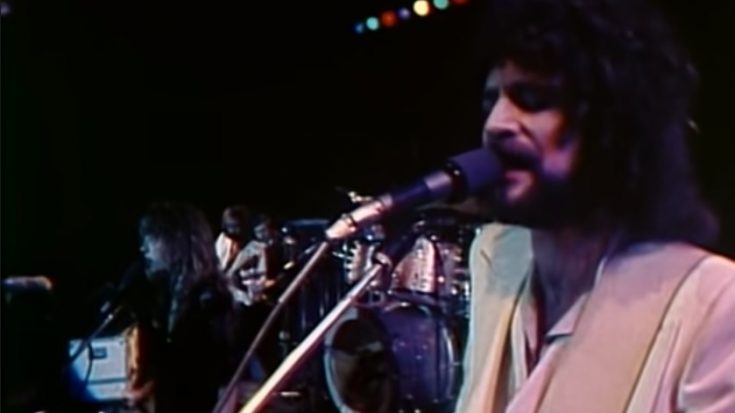 Bill Clinton did hardcore Fleetwood Mac fans good when he came to power as President of the United States of America in 1993, as he reunited the band’s classic lineup without batting an eye.

Fleetwood Mac was in peak form when it had Mick Fleetwood, Christine McVie, John McVie, Lindsey Buckingham, and Stevie Nicks in tow. The lineup plowed the band’s success from 1975 to 1987, which includes the record-breaking album Rumours. Despite this, Fleetwood Mac’s dysfunctional relationships prevented the band from progressing further, prompting the departure of Lindsey Buckingham after recording Tango In The Night. He was replaced by Rick Vito and Billy Burnette, who only stayed until Behind the Mask before leaving, while Christine McVie said that she could only stay as a studio member.

All was not lost for the band in the ’90s, however. Bill Clinton, an Arkansan governor running against George Bush, kept their music alive in the mainstream. He was one of the presidential hopefuls and had a certain charm going for him thanks to his love of pop and rock music, which was a rare sight for politicians, let alone an elected official. He even appeared on The Arsenio Hall Show where he played a sax solo, imprinting a profound moment between politics and culture. Of course, he played the band’s Rumours entry, “Don’t Stop”, at every chance he got in the campaigns.

Clinton said in 2018: “They let me use it as a theme song and I have been trying to live by it ever since. I owe a great deal to all of them.” When he won the presidency, Clinton planned for a star-studded inauguration with the likes of Aretha Franklin, Michael Jackson, and Elton John performing. Fleetwood Mac was approached by Clinton to play “Don’t Stop” for a one-off, to which they obliged upon.

Buckingham shared his thoughts afterwards, saying: “This is pretty much a one-off thing, as far as I’m concerned. In fact, if we had been asked to do much more than the one song, I don’t know if I would’ve been able to do that.” Nicks added in a ! Magaazine interview that the show was “one of those experiences that you never forget. Bill was very sparkly…Michael Jackson had lost his makeup and wanted to borrow some, so we sent over my foundation and it was not the right color. He sent it back with a big ‘thank you’ note.”