9 of The Most Popular Urban Legends About Classic Rock Songs 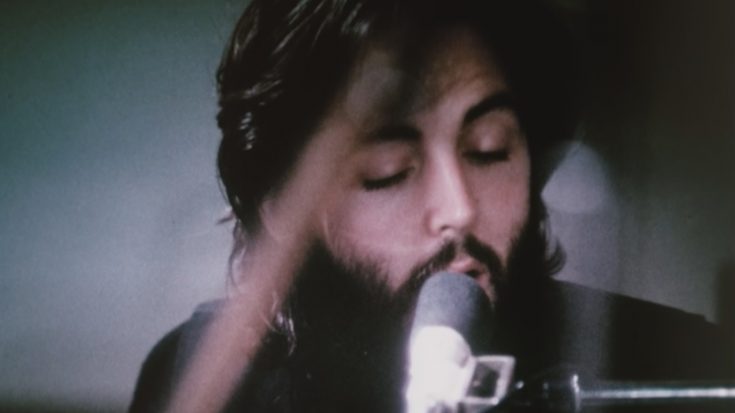 Admit it or not, you may have once been the willing victim of urban legends behind a personality or event. There’s no shame in that, though, as even the world of rock music has been its own nest of urban legends that have somehow asserted their positions as truths to the unknowing individual. With that, here are some of the most fueled urban legends that surround some of our favorite classic rock songs.

This classic from Tom Petty’s debut album has almost always been associated with a University of Florida student who took her own life by jumping from her balcony. “American Girl” was allegedly written by Petty when the story of the suicide was relayed to him, with the “Highway 441” reference in the lyric being the culprit. Petty has debunked this myth, however, saying that the song didn’t relate to Florida or suicide in any way.

Ohio Players were just feeling their way with the typical love dilemma on their song “Love Rollercoaster” when conspiracies about a woman being murdered captured on the recording floated around. Some speculate that it was the model on the album cover of Honey, which “Love Rollercoaster” was a part of, stabbed by a band member in the control room following an argument. Turns out, it was just a keyboard sound effect.

Many people speculate that most of the Foo’s catalog was an ode to the late Nirvana frontman, Kurt Cobain, particularly “My Hero” and “Everlong.” The former’s title supposedly implies how the band owes Cobain its career, while the latter allegedly discusses Cobain’s addiction. This wasn’t the case, however, as the songs were Dave Grohl’s own experiences.

The ridiculous urban legend about Nirvana’s “Heart-Shaped Box” being written about Kurt Cobain’s wife, Courtney Love, has once again resurfaced after the rocker reacted to Lana Del Rey’s cover of the song, going off on a weird rant about the claim. According to Cobain himself, however, the song was written after he saw a TV report about little kids with cancer.

The rumors of Paul McCartney’s death were fueled with the release of Sgt. Peppers, where the story of him storming out of the sessions, furious, and eventually crashing his car in the process. He was allegedly replaced by a lookalike so that the Beatles could go on with their business. From the bass guitar memorial on the album cover to John Lennon saying “I buried Paul” at the end of “Strawberry Fields Forever”, the death rumors were endless. Of course, these were just rumors at the end of the day as McCartney was clearly alive and well during the length of the band’s career.

“Lucy In The Sky With Diamonds” – The Beatles

The LSD acronym associated with The Beatles’ “Lucy in The Sky With Diamonds” immediately had people brand it as a song about drugs, but then again, so were every other Beatles song with ambiguous content. But the original meaning behind the song is nowhere near the scandalous brand people regarded it to be. It was about a picture John Lennon’s son, Julian, drew at school. Lucy happened to be Julian’s friend, and the drawing had stars in the sky, to which Julian referred as Lucy in the sky with diamonds.

“In The Air Tonight” – Phil Collins

“In The Air” has forever been tied to the story of Phil Collins watching his friend drown as he couldn’t swim, instead calling for someone else to help. It was mainly due to the first few lines of the song that talk about a friend drowning, but Collins has since cleared up the rumor. He said that he wrote the lyrics on the spot as he was making the chord progressions, not to mention that Collins was going through a divorce at the time which led to the bitter lyrics being written.

It’s a universal truth that James Taylor’s “Fire and Rain” is up in the ranks of heartwrenching songs in history, and fans theorize that this was only possible as it was written for his girlfriend, Suzanne, who died in a plane crash while on her way to pay him a visit. The truth, however, is the song is made up of three parts from Taylor’s personal experiences, and that Suzanne was merely an acquaintance of his.

While heavy metal has gained the notoriety of being called the “devil’s music”, the allegations against Judas Priest’s album, Stained Class, just went beyond levels of absurdity. Allegedly using the infamous backmasking technique in some of the song’s lines, Judas Priest coaxed a group of teenagers to enter a suicide pact, with the parents wanting to put the blame on the band’s demonic messages. It even went as far as Judas Priest being taken to court, although the result was expected as no such messages were heard during the examination.