Relive And Watch How Queen Prepares For A Tour in 1977 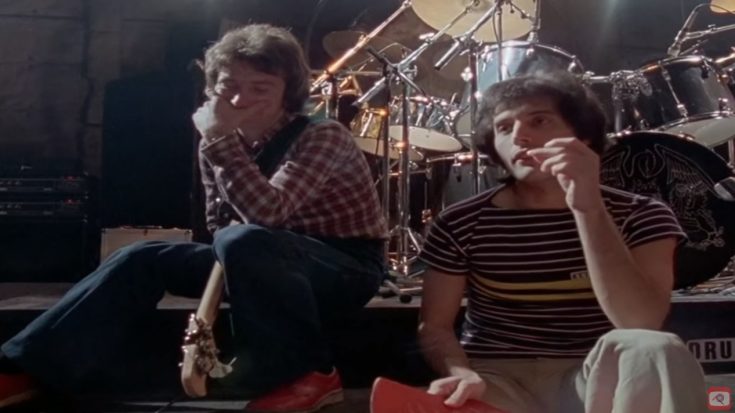 While most know Queen from Freddie Mercury’s explosive stage energy, but the band is more than that. The varying personalities of the members Brian May, Roger Taylor, and John Deacon all contributed to the unique atmosphere Queen emanated during their live performances.

But what goes behind the legendary band’s rehearsal and planning sessions? To conduct concerts that grandiose, it is imperative to have the vision to match as well. Queen is one of the few bands who have free rein over their creative process, especially during live performances, and it shows. In this particular video, which is a documentary of the band preparing for their US leg of the News Of The World Tour.

Here we see the band members messing around during rehearsals, which is quite a surreal sight to behold, as their onstage image contrasts it quite starkly. When it’s time to get serious, the members also come up with ingenious ideas to address concerns. Watch the video to see how Queen “remade” their arena hit “We Will Rock You”.