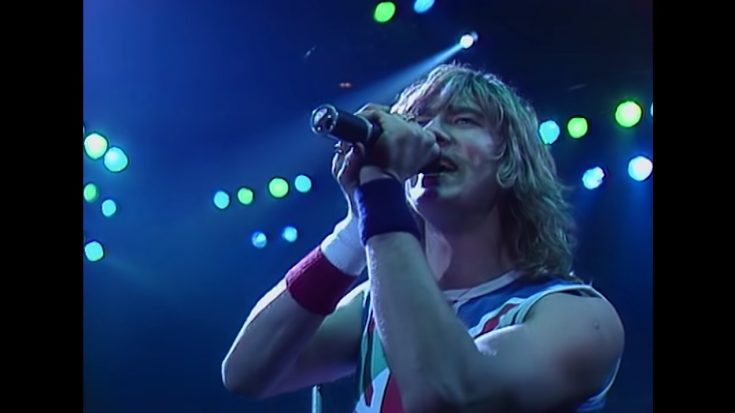 It seems like glam rock legends Def Leppard are set to release a new live album based off a 40-year old concert of the band, as said by frontman Joe Elliot in an interview with Eddie Trunk on his SiriusXM show.

While Elliot didn’t dig in too deep with the announcement, this will mark Def Leppard’s first official live album before they made it big with their quintessential catalog Pyromania of 1983. This will also be the first time that guitarist Pete Willis will be on record, as he was replaced by Phil Collen in 1982.

“We thought about this about a year and a half ago, and there’s going to be a celebratory release. I don’t know how much of this I can say right now. I might be breaking protocol. But I will say this much: There’s a companion piece to On Through the Night, there’s a brand-new, just-mixed live performance from the Oxford Theatre in 1980 … which has never been heard ever,” the singer shared on the interview.

The concert Elliot was talking about was the band’s gig at New Theatre Oxford (known as Apollo back then) on the 26th of April, 1980. Their 15-song set included the band’s debut album in full, and material from High N’ Dry.

Elliot puts up a disclaimer on quality and professionalism, though, saying “It’s warts and all, it is what it is. It’s us live in 1980. We were discussing off-mic … about lip-syncing or overdubbing … You can’t have it. You can’t expect a 59-year old me to go in and clean up a 20-year old vocal. You know what I mean? So, it is what it is. But I tell you this much: The band, as I said in the liner notes, when you peer through the curtain of uncertainty that my voice was back in those days, there is a fantastic band onstage. And the two-arm Rick Allen with [bassist Rick Savage] was some rhythm section to come, considering he was 16 years old and Sav was 17, I think, maybe 18. And Pete and Steve were 17 and 18 years old. It was some band.”