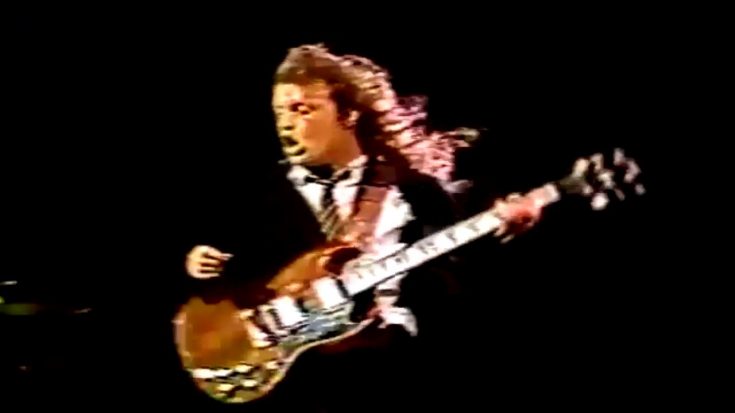 AC/DC delivers a hard rock classic with “Shoot to Thrill.” It belongs to the band’s magnum opus, Back in Black in 1980.

Brian Johnson, the lead vocalist and lyricist of the group, said that he was inspired to create the song after reading a British story about a neighborhood pusher who made daily rounds (like to a milkman) in the London suburbs selling drugs to bored, renowned, and sad housewives. These substance-abusing housewives would then go to neighborhood night spots in search of extramarital affairs.

Back In Black album was Johnson’s debut album, as the official singer of the group in replacement to the late Bon Scott, who died in 1980. The whole album was dedicated to him.

Many radio stations played “Shoot To Thrill” despite the fact that it was never officially issued as a single and there was never a music video created for it. It became an instant fan favorite and a mainstay in AC/live DC’s set. It was a major factor in the album selling over 25 million copies in the US alone.

Below, we’ll take a look at AC/DC’s wild performance of “Shoot To Thrill” in Rio, Brazil, with the video presented below.