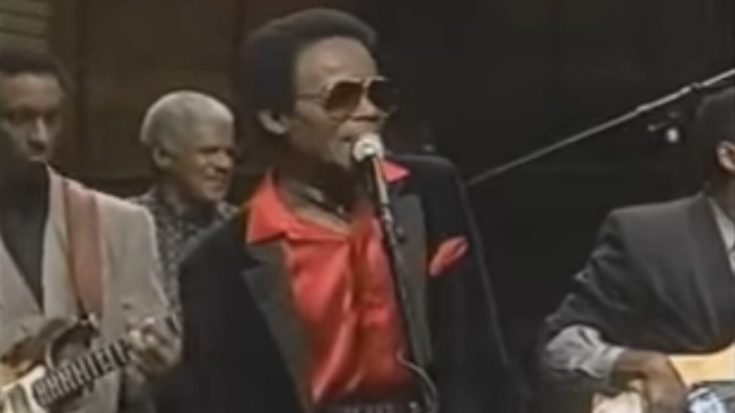 Rhythm and blues singer Hank Ballard joined the doo-wop group the Royals in 1953, which had already had a following thanks to Johnny Otis signing them to Federal Records. He replaced singer Lawson Smith, the lineup now being comprised of him, Henry Booth, Charles Sutton, Sonny Woods, and Alonzo Tucker. Here are some notable cuts from the career of Hank Ballard & The Midnighters.

The group released “Get It” in 1953, an arguably explicit rhythm and blues number which was turned down by some radio stations because of its lyrics. It still managed to #6 on the Billboard R&B charts, however, testifying to Ballard & The Midnighters’ ability to wipe the floor down.

Ballard wrote a song derived from the previous “Get It” called “Work with Me, Annie”. It became the band’s first major success as it topped the R&B charts upon release and performed well commercially. It had response songs titled “Annie Had A Baby” and “Annie’s Aunt Fannie” which were similarly banned from airplay due to explicit lyrics.

Another major success for Hank Ballard & The Midnighters was “Sexy Ways”, which put them on the pedestal as one of the most daring rock and roll acts of their era.

“Teardrops on Your Letter” was a number 4 R&B hit with a slow and simmering blues run exuding melancholy with every second that passes by. It showed Ballard’s ability to play with a wide range of emotions.

Originally written as a B-side to the previous track, “The Twist” was a moderate chart performer at number 28 on the Billboard Hot 100, but was overtaken by Chubby Checkers’ cover which topped the charts and started the Twist dance craze.

This Hank Ballard song was nominated for a Grammy for the Best R&B performance in 1961 and reached number 2 on the US R&B Charts respectively. The easygoing rhythm and relaxed vocal delivery set it apart from other Ballard hits.