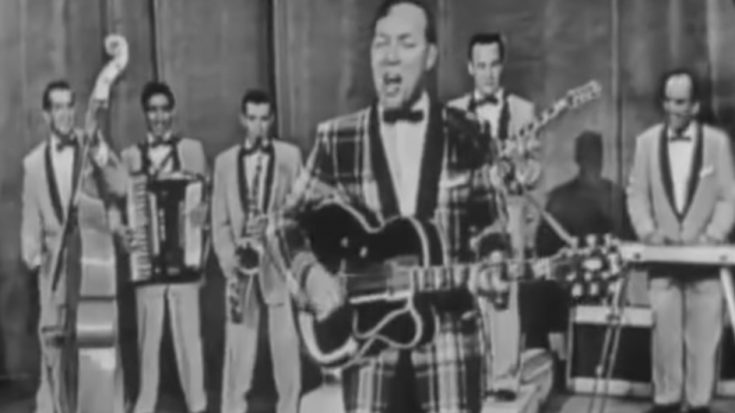 What’s interesting about the evolution of rock and roll is how it stemmed from a multitude of genres and styles, especially from those least expected. A good example of this would be Bill Haley and his group, The Comets. He was known for his cover of “Rocket 88”, which helped him find solid ground to work his style on. From being a country musician, Haley eventually took on rhythm n’ blues mixed with hillbilly fusion to create what became the group’s signature sound. Here are some of the most unforgettable cuts from Bill Haley & The Comets.

Haley and his Comets knew how to make people dance, especially with the song “Razzle Dazzle”. The repetitive lyric riding an upbeat progression is augmented by the amazing mix of clear main vocals and complementing backup for a track that’s one for the books.

“See You Later, Alligator” was originally a 12-bar blues progression that was influenced by the New Orleans sound. Haley and his group dished out a more upbeat rendition and transformed the rhythm n’ blues shuffle into something that was closer to rock and roll for a lighter listening experience.

The song carries its charm thanks to the simple arrangement and lyric that is driven by a shrill piano progression that is further enhanced with the band’s sense of timing and modulation. “Stay With Me” even features bluesy sax accents that add texture to the cut.

Bill Haley & The Comets borrowed the Big Joe Turner original and transformed it into a more commercialized, bright, and less vulgar rendition. The highlights include a slap bass progression that is countered by a sax riff, getting a Top 10 position in the charts.

While a number of artists had already done this song, Haley’s version of it became the most successful of them all. Due to the growing popularity of rock and roll in the period, “Rock Around The Clock” had an easy time going up the ranks with its undeniable charm thanks to the persistent timekeeping and well-balanced instrumentation.

This was Haley’s first encounter with the rock and roll format after being a country artist years prior to “Rocket 88”. The mix of blues and country resulted in a fresh variation of rockabilly that featured sax and lap steel guitar playing over an energetic drum rhythm.

“Crazy Man. Crazy” had a genuine rowdiness to its implementation thanks to the unhinged group vocal it possessed. The song is considered to be one of the first rock records to ever exist and was a major hit for the band, not to mention it being included on Roundup of Rhythm, which was the first movie to feature rock and roll music.