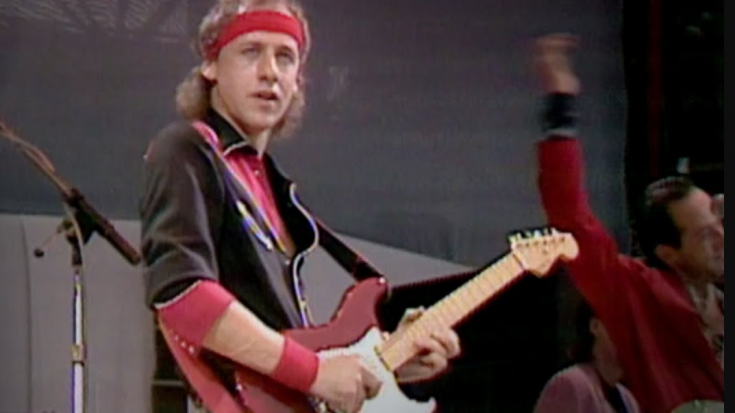 Dire Strait fans, now is a good time to celebrate: the band just released a rare single and EP-only songs that are now available for streaming!

The seemingly six releases came from the band’s more than ten years of producing music. And it features less than a dozen tracks that were too hard to locate on Dire Straits’ albums and CD releases.

Take a look at them:

This version in Spotify can be heard with its original mix, plus a bonus of the song’s original B-side, “Eastbound Train” that never made it on the album cut.

No need to flip the record over for this! “Tunnel of Love” is split into two parts. Take a listen below.

There may have been a few revisions in the Spotify version of this single from 1982’s Love of Gold LP. Albeit it’s still worth the listen for its undetectable B-side “Badges, Posters, Stickers, T-Shirts.”

The rarest of them all, this EP featured three tracks that could be seen nowhere from any Dire Straits releases, except for “Twisting By the Pool” which was released as a CD. For over forty years, we now have the opportunity!

For the band’s final album On Every Street (1991), “Calling Elvis” had some pretty hard-to-find tracks that were extras on its CD. Those were “Iron Hand” and “Millionaire Blues.”

For this one, no need to scour all the classic rock albums since we now have the privilege to listen to these three gems: “Planet of New Orleans,” “Kingdom Come” and “Heavy Fuel.”