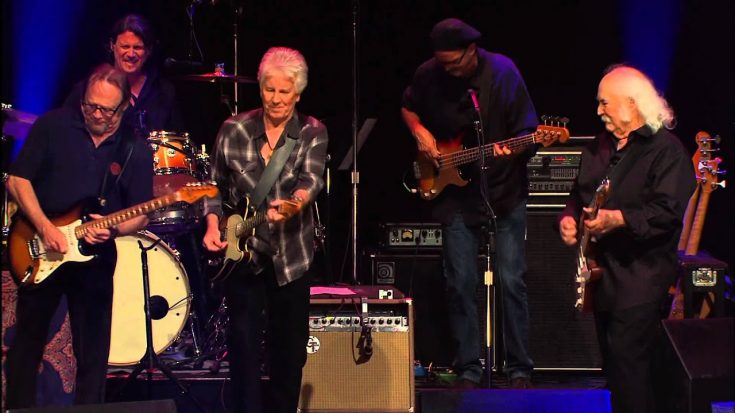 More than 50 years since the trio got together to create an amazing supergroup, David Crosby, Stephen Stills & Graham Nash continued to make use of their collaborative friendship that was cemented when they performed at the iconic Woodstock festival back in 1969.

So, when the group got together again for their 2012 world tour, they knew that it’s best to cater to everyone’s longing for their live songs to be performed back on-stage. One, in particular, is “Long Time Gone” from their debut album Crosby, Stills & Nash (1969).

They played this at their Woodstock gig, which catapulted its recognition to the audience. In this clip below, CSN helped us bring back that nostalgia of yesterday, as they began to perform this gem.

“You know there’s something that’s goin’ on here,

The powerful lyrics were written by David Crosby, and years later, the message it delivers is still applicable to what is happening today. The trio seemed to have enjoyed playing the song, plus who could deny that delicious guitar licks? The genius harmony that the song provides is purely magical; something that you would expect in every CSY performance ever.

Check the performance below.