Ranking The Songs From Pink Floyd’s “Wish You Were Here” 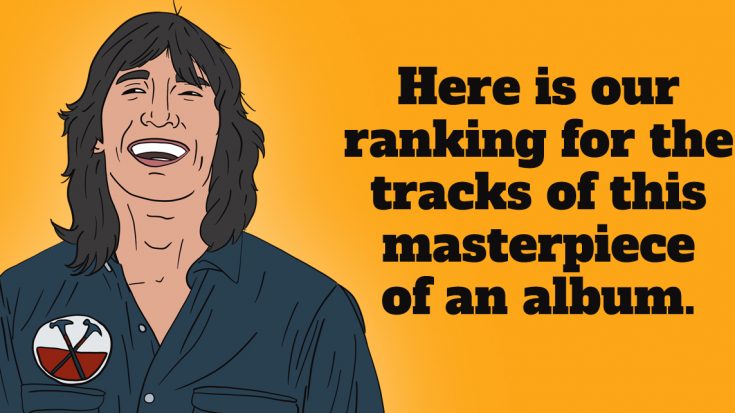 There is a reason why experimental rock is called as it is. The sub-genre is very tricky to approach, and choosing between focusing on the innovation of the music or its feasibility for release is what lies beyond the crossroads. Pink Floyd has managed to do both without sacrificing either. Successor to their hit album The Dark Side of The Moon, Wish You Were Here was written in a time when the band was at a new low. The harsh realities of the industry was taking its toll on the members. The band would not permit these trespasses without retaliation. Thus, the album was born, armed with its blatant uprising against the system, in satirical perspectives that employed brilliant lyricism. The album also included a tribute to their former vocalist and creative leader, Syd Barrett. A fallen comrade, the band remembered him and his downfall in a 25-minute emotional dirge.

Here is our ranking for the tracks of this masterpiece of an album.

5. Welcome to The Machine

Written from an industry executive’s perspective, the song explores the scenario of a budding artist being taken in by a label. With the only concern being able to sell albums and records, the song tells the harrowing reality of how and artist’s creativity is killed. The line “What did you dream? It’s alright we told you what to dream, you dreamed of a big star, he played a mean guitar” perfectly displays the artist’s alienation towards his own aspirations. The instrumentals have a mechanical feeling to it, apt to the theme of the track.

Continuing the industry narrative, “Have A Cigar” focuses even more on the band constantly topping charts, yet the executives who they work for have no regard for their musical aspirations. You can tell how deeply an artist’s pride is wounded with the lyrics, “The band is just fantastic, that is really what I think, Oh, by the way, which one’s Pink?”

3-2. Shine On You Crazy Diamond

A tribute to former member Syd Barrett, this track had to be split in two parts and nine sections. Barrett, who fell into heavy drug abuse and failing mental health in the late 60’s, was booted from the band by its members. A truly heartbreaking story was that of the day when the vocals were to be recorded for the song. Roger Waters was at the mixing desk when Richard Wright came in. He noticed a heavyset man with a shaved head and eyebrows behind Waters, who he promptly asked if he knew the guy. Waters shrugged, apparently clueless as well. Dismissing the unknown man’s presence, Wright carried on. But Wright was intrigued by the man’s actions, fussing around, being “weird“, but was quiet the whole ordeal. It took around 45 minutes for him to recognize the man: Syd Barrett. He had been reduced to a shell of his former self, an unrecognizable wreck. Waters was deeply affected by this, and burst to tears after the tragic realization.

1. Wish You Were Here

The title track of the album, “Wish You Were Here” carried a lighter melancholic sound than the rest of the album. However, the lyrics conveyed something much deeper. This song is a reflection of how a person used to be (in this case, the band and Syd himself), and how much disparity has occurred throughout in relation to the present self.  It is also a conclusion to the album’s grittier statements about the music industry, with the artist ground down to losing their passions, forgetting why they started. The track tackles on contemplation, on how success is relative to the goal set. It was written as a reminder for those who dare enter the race.