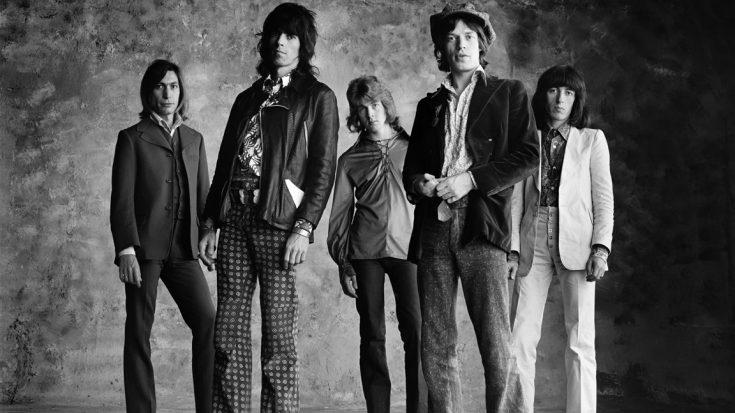 The Rolling Stones’ classic album Sticky Fingers was the product of the band’s previous success. Recorded under their newly established label Rolling Stones Records, it was released in 1971. The Rolling Stones were on a roll(pun intended) in their career at this point, albeit the recent tragedy at their Altamont Show. Reinvigorated with the addition of Mick Taylor, this album was a transition from the Stones’ classic Brit-rock sound into the grittier American rock quality. Themes in the album heavily involved narcotics, and this prolific setting added to the heavier, almost morbid feeling of the album. Regarded as one of the Stones’ best releases, it featured the controversial cover conceptualized and shot by Andy Warhol.

Here are our thoughts on the tracks of this landmark album!

A song about longing, it employs a slow-paced progression that gives of a serene feeling via the guitar and organ coupling. The brass sections add volume to the track, then falling down to emphasize the sadness.

Although the track lacks a notable chunk of instrumentation, the guitar work along with the distortion essentially heightens the otherwise dragged melody.

A morbid tale of a dying man asking for one last morphine fix, the song was penned by Jagger and then girlfriend, Marianne Faithfull. The fast-paced, yet haunting melody brought on by individual chords, paints a picture of one not wanting to endure the pain anymore.

The groove marvel of the album, this song has a beautiful brass symphony backing up its upbeat melody. It’s highly-addictive bassline underscores the riffs satisfactorily.

The track featured a 12-string guitar melody, allowing the other instruments to ever so slightly blur in the background. Emotionally motivated, it tells the story of being miles away from where you really want to be.

A slow ballad, this track is Jagger’s faint call for rest. It evokes a feeling of weariness, brought on by the sentimental notes hit by the guitar, accompanied by soft organ accompaniments.

A classic rock homage of a track, Jagger explains how the song is inspired: a combination of drugs and girls in mind. This upbeat track takes elements of a Chuck Berry song, the band successfully integrating it to the lavish theme.

Marking their entry into the American scene, this track is heavily influenced by country music. A classic honky-tonky progression can be noticed, along with Jagger’s assumed country accent.

2. Can’t You Hear Me Knocking

Containing the iconic riff that matches the vocal melody, the track is a full-on conglomeration of varying instruments and hinted melodies. The groovy jam at the end was not even supposed to be recorded, but the band realized how good it sounded they had to continue the tape.

Jagger and Richard’s concoction, “Sway” was a blues track that featured overwhelming solo, fueling the emotional cornucopia that lasted throughout the song. It contains the characteristic Stones’ tempestuous sound that has been tamed for a mellow conclusion.