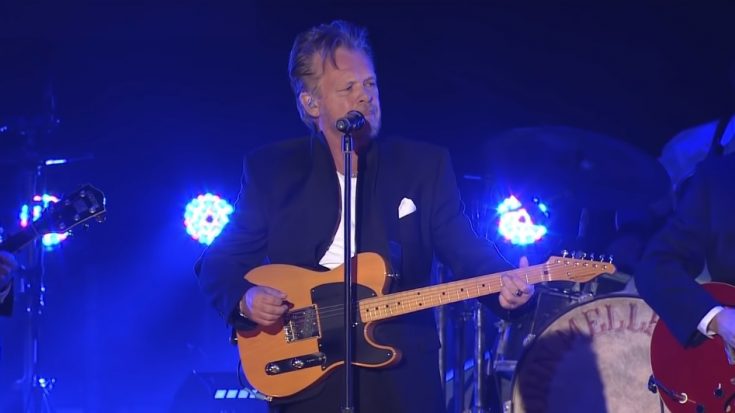 John Mellencamp has seemingly experienced all the good things in music already. Apart from his versatility in genres, he has also changed his name to at least thrice in the music business. From silly love songs to poetic ones that seek justice, we’re ranking the musician’s albums from worst to best.

The album is blessed with a live version of “Wild Night,” but other than that, the record is far from being remembered on its right.

This is still a lovely album, albeit its failure to give its impact. The song that shared the album’s name had Chuck D. (rapper) sang a verse to it.

Chestnut Street Incident reportedly sold for 12,000 copies only, a reason why Mellencamp got thrown out of his former label. Although it did contain some lovely songs “American Dream” and “Dream Killin’ Town,” it still wasn’t as good as any certified album.

Mellencamp’s mid-90’s jam was filled with amicable pop songs, which is quite a turn from his well-established career. Here, we can see him scraping some good songs that are neither great nor bad.

Another album to represent Mellencamp’s brutal honesty about life and all things in general, Plain Spoken captured the musician’s thoughts with precision. Highlights include “Sometimes There’s God,” and “Troubled Man.”

This album reminded Mellencamp of his low point in life and he decided to leave the sessions and completely disassociate himself from the process. Nevertheless, it did have some ups, especially with “Ain’t Even Done With the Night.”

This is where John, who still goes by the name John Cougar at that time, felt that he’s making a difference internationally. The single “I Need a Lover,” charted well in the US.

Heading to a darker and edgier thematic approach, John Mellencamp delivered a stunning performance of songs that remained truthful and powerful on his repertoire.

This is the singer’s light at the end of the dark tunnel from a confusing direction. It finally made him get back on his feet.

Inspired from the Rolling Stones’ style of rock, Mellencamp tried to encapsulate that free-spirited rocker mood and turned it into a classic album named Dance Naked.

The singer’s confidence with the direction he’s been taking mirrored the album’s right ambiance. However, the only problem worth noticing is the production, which, somehow, didn’t catch up to Mellencamp’s abilities.

As the singer got tired from the lack of chart success, Mellencamp took a break from his Mercury label and decided to shoot his shot at Columbia Records. His self-titled album gave him a moment of experimentation, which turned out correspondingly fine.

Tired of being a rock star and simply wanting to deliver the tunes of a true American man, No Better Than This is the essential Mellencamp album you need to listen to.

Finally taking the dirty work with his hands, Uh-Huh symbolizes the complete control that Mellencamp has been deprived of in his earlier works. It’s a remarkable turning point for the singer.

Just the moment when people started to get a hang on Mellencamp’s rebel rocker persona, the singer then decided to release some sweet and feel-good songs in Whenever We Wanted. It truly showed his versatility in music.

John Mellencamp went bold and political with Freedom’s Road. If you ever want to explore that side of the singer, then this album is the most out of anything you could find.

Big Daddy was Mellencamp’s final album to be released under the stage name of John Cougar Mellencamp and is also the album to be heralded by many as the most reflective. The musician made sure to deliver a serious note on every lyric possible inside.

The Lonesome Jubilee’s commercial success is far lesser than the singer’s legendary Scarecrow album, but both are equally iconic. It’s the singer’s take on the reality he’s facing currently in the 80s.

Cruel but worth it, that’s how the production for American Fool went his breakthrough album. It didn’t happen by any luck, Mellencamp’s perfectionist attitude kicked in, making the LP worthy even in today’s music standards.

This legendary album, need we say more? Everything right about John Mellencamp’s style of performing, all can be found here. More importantly, how he envisioned a life where we can all learn a lesson or two, that’s what’s so great about this album.