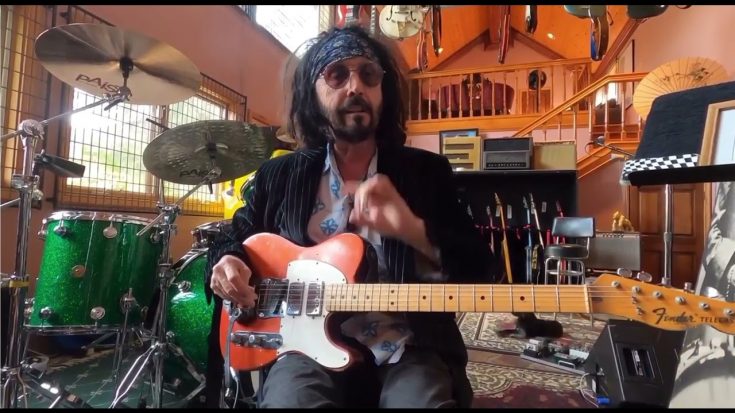 Mike Campbell may be known as Tom Petty’s right-hand man in the band Heartbreakers, but he is so much more than that. Apart from being the soaring guitarist of the band, Campbell is also a respectable lyricist, making songs from Don Henley to Stevie Nicks. This talented musician could pull off any given scenario with a lovely song out of it. With this, we present these 10 Mike Campbell songs to define his songwriting prowess.

One of Don Henley’s well-beloved ballads is a Campbell-penned song. Apart from writing and producing, the guitarist also played its soulful riffs on the studio version.

9. “You Got Lucky” – Tom Petty and the Heartbreakers

Perhaps “You Got Lucky” embodied the lucky song from the band’s not-so-remarkable Long After Dark album. Charming arrangement with good lyrics.

8. “Jammin’ Me” – Tom Petty and the Heartbreakers

One of the main highlights in the band’s Let Me Up (I’ve Had Enough) is this amazing work created by Petty, Campbell, and folk-rock legend Bob Dylan. The tasteful lyrics paired with an awesome guitar part are worthy of appreciation.

This killer song is co-written by Petty and Campbell for their 1981 album, Hard Promises. The album might be a teensy off the grid sometimes, but not with this song.

With Petty having Full Moon Fever as his most celebrated album, it’s no wonder that Campbell also took part in its formation. “Runnin’ Down a Dream” shows his mounting frets of rhythm that’s amazing.

Campbell and Petty both share songwriting credits in this one, hot single from Lone Justice. Campbell also provided the guitar rhythm and Heartbreakers’ Benmont Tench provided the keyboards.

4. “Refugee” – Tom Petty and the Heartbreakers

Damn, The Torpedoes remains the band’s greatest album, and it certainly deserves all that praise with “Refugee” being a part of the catalog. There’s no greater song you could ever find on the album than with this sleek track.

3. “Here Comes My Girl” – Tom Petty and the Heartbreakers

With a pleasant guitar section and a ravishing take on a girl who makes everything so much better, there’s no doubt that “Here Comes My Girl” belongs to the list of any Mike Campbell songs.

Another Henley classic was also co-written by Campbell. Apart from the notable lyrics, the guitarist also played the amazing guitar lines for this one.

This Stevie Nicks’ classic is written also by Mick Campbell, as he provided a stinging guitar solo to perfectly accentuate Petty and Nicks’ colorful vocals.