10 AC/DC Songs Not Written By AC/DC 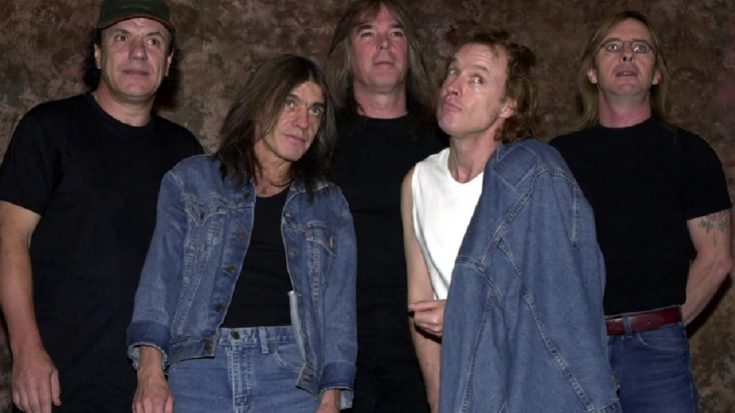 They say that imitation is the sincerest form of flattery— and that’s what this list will speak of. AC/DC has grown to become one of the greatest bands in the world of hard rock, and that includes a repertoire of undeniably good music, even if you’re no fan of the loud ones. All across time, bands have come and go to pay respect to the OG Australian rockers by replicating the band’s style of music and songwriting. Hey, that’s not to say that copying should be tolerated, but with these 10 songs with an AC/DC template, perhaps by that, you could enjoy a wee bit of imitation.

Alaskan brothers Benji and Chris Lee, who claim that they’re related to martial arts legend, Bruce Lee, also tried their best to convince us that they can do it AC/DC style; much to everyone’s surprise.

Screeching on top of a screechy rhythm, that’s what Black Shuck by The Darkness is. One could stop the similarities to AC/DC’s Back in Black song, which also revolved around screeches.

This sadly forgotten band The Four Horsemen formed by Cult bassist Haggis had a vision of a song that’s quite similar to the Aussie legends. “Rockin’ is Ma’ Business” was the product.

“Over The Edge” – Fu Manchu

Desert rock pioneers Fu Manchu have also created a song similar to any of AC/DC’s material. “Over the Edge” from their album King of the Road has that electric charisma that you just can’t get tired from listening to.

Who says AC/DC isn’t appealing to the international audience? With the 18th century satirists, The Upper Crust, completed with French aristocrats’ outfits, you would mix and match elegance with full-blown rock.

Kix wanted to create a material with the same pattern as those of AC/DC’s; that’s what “Blow My Fuse” is generally about.

Champion copycats Rhino Bucket and their song “One Night Stand” could easily pass as an authentic work of AC/DC, at least. If there’s any chance that the song will be sung by them, then fans would hardly know any difference.

“I’m a Rebel” is written by Angus and Malcolm’s older brother Alex. And if there’s any connection to AC/DC apart from Young, that is because the song was also recorded yet never released by the band.

Another Aussie-based rocker, Airbourne remained true to their wish and followed the same footsteps of AC/DC by trying to emulate the same nitty-gritty like the legends.

Cult frontman Ian Astbury finds his alter-ego named Wolfchild, and there’s no better way to explain it than with a good rock song similar to AC/DC’s tune.