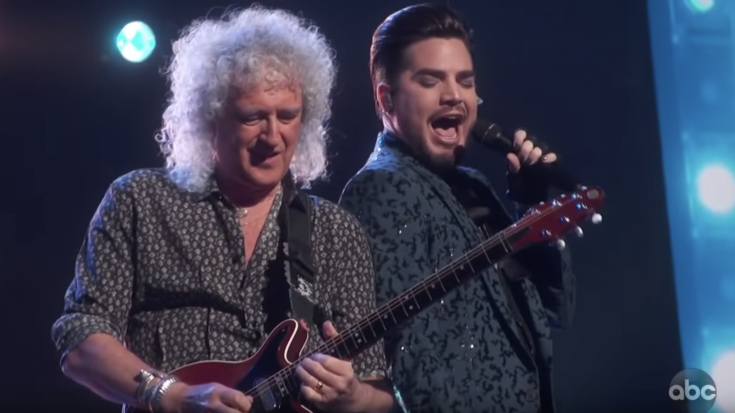 THIS Is How It’s Done!

The 91st Annual Academy Awards will certainly go down in history as one of the most talked about ceremonies in history. The show certainly had its ups and downs, but above all else it saw ‘Bohemian Rhapsody’ take home its fair share of awards such as the awards for ‘Sound Editing’, ‘Sound Mixing’, ‘Film Editing’, and ‘Best Actor’ awarded to Rami Malek for his stunning portrayal of Freddie Mercury.

However, these weren’t the only times that all things Queen were the center of attention that night. To open up the show, the band themselves hit the stage and tore the house down with an epic performance that you can watch below.

As you can see, there wasn’t a single celebrity in the room that wasn’t jamming out or smiling the entire performance, and if you ask me, it was the PERFECT way to kick off the Oscars!

Classic rock has been historically shunned at music award shows such as the Grammys, so it’s a breath of fresh air to see it get the spotlight on the biggest award show of the year, the Academy Awards.

Queen had an incredibly successful night at the Oscars taking home four awards. No film was more deserving of their wins than this one. This film was a truly rough journey to get to the success it eventually got to.

Believe it or not, this film was actually roughly 10 years in the making and is the passion project of Queen guitarist Brian May and drummer Roger Taylor. They had planned to make the film before with actor Sacha Baron Cohen directing the biopic and starring in the film as Freddie Mercury, himself.

Fast forward to present day, the band struck gold with Rami Malek. However, the film still encountered its struggles with director Bryan Singer being fired from the project just weeks before the end of principle photography. However, they would finish and produce a movie that wowed audiences all over the world.

Also be sure to watch Rami’s heartfelt acceptance speech.